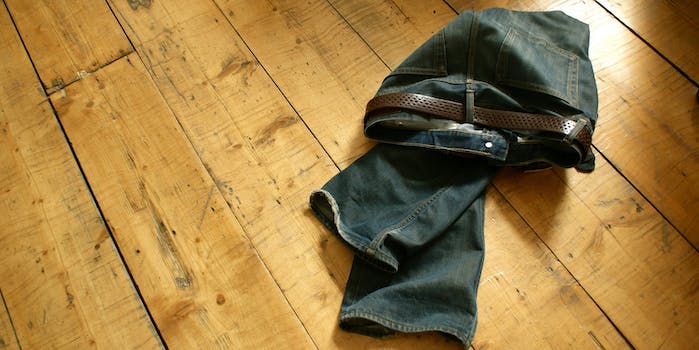 Thankfully his pants, wallet, and phone were recovered.

Some people depend on Apple‘s “Find My iPhone” after a wild night out ends with a lost phone. And since there’s no “Find My Pants” app, one man turned to Reddit for help.

Andy Gaudry was in Halifax, Nova Scotia, celebrating his grandmother’s 80th birthday, when he went out with some cousins he hadn’t seen in a while and got a little turnt. They were out at a bar that’s open until 4 am, and in his drunken stupor, Gaudry thought that taking his pants off was a good idea. For the record, he still had his shoes and underwear on the next morning—some hot pink Calvins that really make a fashion statement.

A few days later, Gaudry asked Reddit to help him find his pants.

Theories quickly circulated about what had happened. One redditor hypothesized that Gaudry went to get into the water near the hotel he’s staying at and took his pants off then. Another person joked about him being the party’s “entertainment.”

Eventually, staff at the Marriot found Gaudry’s pants. Someone tipped him off on the Reddit thread, writing, “We have found the pants and they are at the hotel with your wallet and cellphone.”

The hotel’s staff also tweeted a picture of the recovered slacks.

Thankfully the pants were found before Gaundry, in looking for them, lost his mind, too.