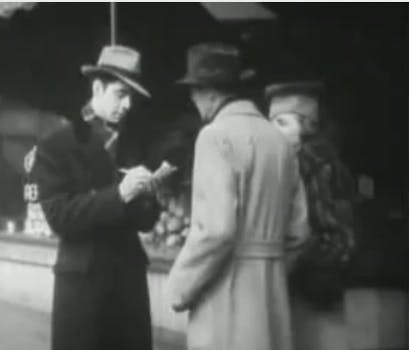 Academics have written excitedly about social news site Reddit’s potential as a platform for community journalism. One thing they’ve missed: Reddit already has its own citizen journalists. They write about Reddit. And it’s like no journalism you’ve ever seen before.

The mad minds at Reddit’s r/subredditoftheday (“subreddit of the day”) catalog the myriad stories and idiosyncrasies of the site’s thousands of communities, or subreddits.

It’s a group of amateur writers (“I’m nowhere near any type of writing IRL,” explained MiraP, a 22-year-old student and bookkeeper from Texas) and friends. Their ages range from 16 to 42. They write what they can in their free time for fun.

“The subreddit was started with the intention of being a creative writing project,” one of the section’s moderators, Johnny, who’s 42 and lives in Cooperstown, NY, told the Daily Dot. “It was a chance for me to write everyday and challenge myself to go in different directions with each post.”

The all-volunteer project has garnered nearly 20,000 readers in just 10 months. Those are numbers over which many news organizations would salivate.

Reddit is a complicated, overpopulated mess of a website. It sees more than 35 million visitors a month and boasts more than 100,000 communities. But there’s no way to really navigate those communities. The best way to explore is to hit the site’s “random” button—a Reddit version of Google’s “I’m feeling lucky” tool.

Finding new subreddits on Reddit is like trying navigate Boston without a road map at night in the middle of a dense Atlantic fog.

The writers at r/subredditoftheday provide that map, in a manner of speaking.

Every day one of the subreddit’s eight writers posts a community profile. The stories don’t follow any traditional journalistic model (“The English language is such a dynamic mother fucker,” began one recent profile of the site’s r/grammar community). Rather, each begins with a kind of free-form work of creative writing that sometimes crosses the line to pure fiction. The traditional journalistic fare comes at the end, when the writers switch to an interview with the community’s creators or leaders.

“Its like treasure hunting,” one of the writers, jaxspider explained. “But instead of gold, you’re enlightening fellow redditors of the beauty that reddit can provide.”

Here are some of the golden communities the writers have covered:

Journalists, bloggers, and academics love to argue about who really qualifies as a journalist, so much, in fact, that New York University professor Jay Rosen recently begged them to please stop:

“Our experiment with a free press is 250 years old. Whole chapters of it were discarded by American journalists when they tried to make themselves more scientific and objective in order to claim elevated status.”

Johnny certainly doesn’t see himself or his crew as journalists:

“The ‘journalist’ label may have been tried out for size, but I’ve never thought it fit. I don’t think it’s nuts to use that term—you could argue that there’s journalism afoot since we do a ton of research, interviews and report it all back to the reddit community. Journalist, however, just sounds way too serious. This is really key because I only do this as a goof… if you start to take it seriously, you’re going down the wrong path.”

With all due respect to Johnny and his desire to “goof,” I completely disagree. Sure, r/subredditoftheday’s writers don’t take themselves too seriously. But the tone of their work is a perfect fit for the quirky predilections of their Reddit audience, and it’s backed up, as Johnny says, by a “ton” of research and interviews.

It’s Reddit journalism—a new chapter in free press, being written right now, for a weird, new type of pseudonymous community that only exists online. It’s fun, and you don’t have to take it seriously. These writers will never break a Reddit Watergate. They’re not investigative reporters.

They write profiles, like the kind you used to see in the local paper—and the one you just finished reading.