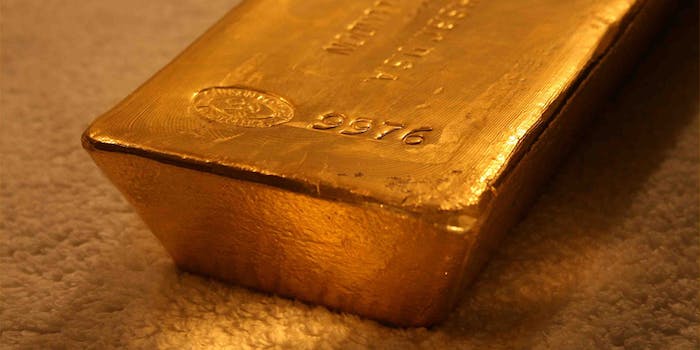 With Reddit Gold, the social news site rolls out a few new features for users, but it mostly serves to help offset expenses.

The social news site announced a revamp of its little known freemium service, Reddit Gold, earlier today. It’s packed with a small set of new features including the oft-requested ability to save comments.

At only $4 a month, it won’t hurt your pocketbook. But it is it worth it? Well, that depends.

Back in 2010, Reddit was still under the thumb of corporate parent Conde Nast. Manned by a skeleton crew of programmers, it suffered frequent downtime. Rather than plaster ads all over the site and risk pushing away its marketing-adverse hardcore base, Reddit brass launched Reddit Gold, a paid service that added just a few small features to the site (and a private forum for members).

At the time, paying for “gold” was just a fancier way to donate to the site. People didn’t buy the service because they cared much about its features (like, say, highlighting new comments). They just wanted Reddit to survive. And it did, spinning off as its own independent company in 2011, landing a visit from the president of the United States, and clocking in at just under 4 billion page views in the month of October.

This time around, too, Reddit Gold is still pretty much a donation. It’s only worth $4 a month if you really like Reddit and want to give the site money. (And help out everyone else, too: Cash from Reddit Gold cuts down on Reddit’s reliance on advertisements.)

What are the new features? Reddit CEO Yishan Wong laid them out in a blog post earlier today:

In other words, there’s only one new useful feature (comment saving). And even that may eventually be implemented site-wide:

“We don’t always intend to make these features gold-only — in cases where it would be beneficial for everyone to have them, we’ll eventually migrate the features to the whole community. But for reddit gold members, you get first peek.”

In other words, any features that are really worth having in Reddit Gold will eventually migrate to the rest of the site.

That’s not to say Reddit Gold isn’t worth buying. The site has long had an admirable commitment to the community experience. While Facebook inundates users with ads and collects reams of data on its users for who knows what purpose, Reddit sticks to just two ads per page and doesn’t sell your private data to anyone.

If you like Reddit, paying for Gold is the smartest way to make sure that never changes.