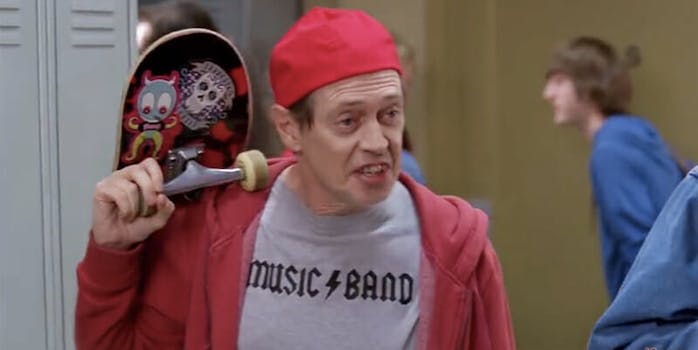 In the age of the internet, it seems harder than ever to connect with the youths of today without coming off like the Steve Buscemi “how do you do, fellow kids?” meme from 30 Rock.

So in an attempt to make sense of it all, one adjunct professor took to r/NoStupidQuestions on Reddit to get an idea of how to speak to a class of freshman bio students.

The appropriately named “lazyadjunct” actually wants to embarrass themselves in front of the students, equating to an instructor attempting rap lyrics or using slang like “radical” in the ’90s. “Basically I want to pull the ‘old person trying too hard to fit in with young people,’ gag but at 31 I’m too old to figure out youth culture,” they wrote.

And the results were predictably gold. Some suggested making references to Fortnite, while others suggested cringe-worthy examples of slang or breaking out into some dabbing.

“If they do something that you don’t approve of, say ‘This ain’t it Chief,'” suggested one Redditor. “Replace ‘dude’ with ‘fam.’ Replace ‘cool” with ‘lit.’ A couple dabs won’t hurt. Dabs are basically dead, but it’s still embarrassing if you do it.”

“When one of your students does or says something stupid say “I just called chief and he said this ain’t it,” emphatically added another, while one Redditor preached the gospel of Yeet.

“Say Yeet as much as possible,” they wrote. “As an expression, when throwing something (like into the bin, especially then), or when doing something mundane like changing the slide in a PowerPoint.”

Others weighed in to elaborate, or add even more worthy suggestions:

A few others suggested throwing in some old or dead memes:

Another user pointed to the r/FellowKids subreddit, which is also a valuable resource to anyone attempting to decipher youth culture. Armed with all this knowledge, it seems safe to say “lazyadjunct” is gonna be lit AF for this class.