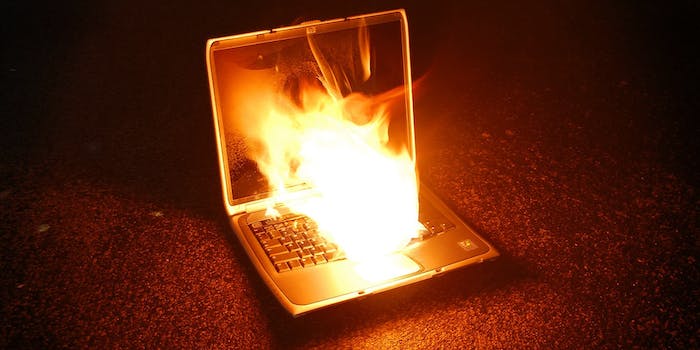 The largest attack in the site's history knocked it offline for about seven hours Friday.

Web behemoth Reddit was knocked offline for seven hours Friday by a massive distributed denial of service attack that, at one point, was inundating the site’s servers with 5 million packets a second.

It’s the largest attack of its kind in Reddit’s history. Erik Martin, the site’s general manager, told the Daily Dot he has no idea who’s behind the attack. It couldn’t have come at a worse time for the site’s users, as they’ve tried to feverishly follow breaking news from one of the biggest stories of the past decade—the manhunt for the Boston Marathon bombers. Some users even suggested interest in the news might have sparked a traffic spike that brought down the site, but Reddit admins were quick to quash that idea.

This was no ordinary traffic surge, but an organized attack by someone with “a lot of time and bandwidth on their hands,” according to Reddit staffer Jason Harvey.

He added: “The requests which we were being slammed with were not actual pages on reddit. They were blatantly malicious, and obviously targeted at taking the site down.The traffic we are getting from the Boston incident pales in comparison to what the attack is generating.”

To get a sense of how massive the attack was visually, check out this graph Reddit admin Harvey posted to the forum r/redditTraffic earlier today. 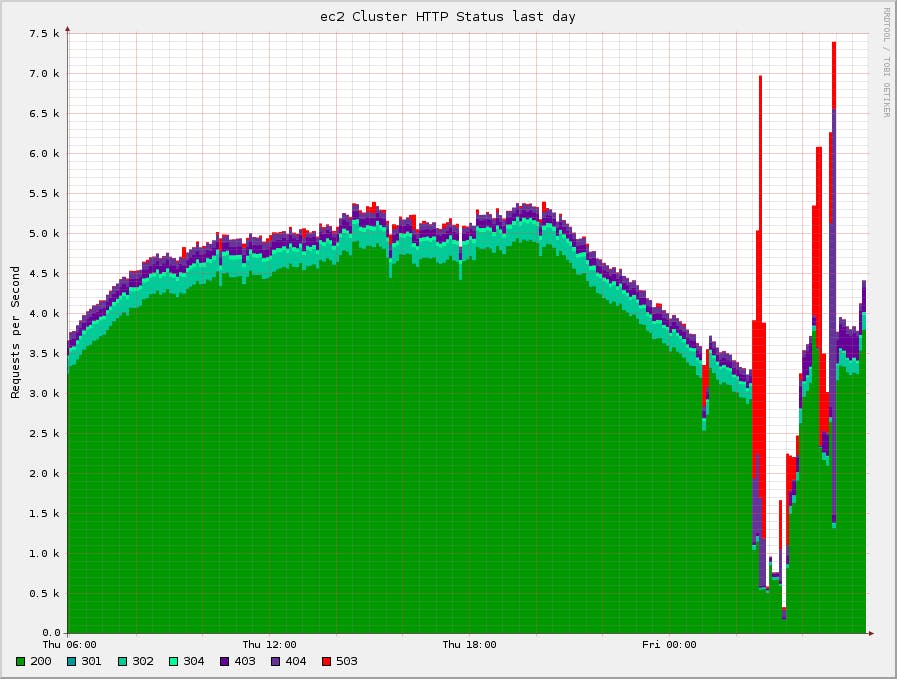 The red boxes represent each request that returned a 503 (“service unavailable”) error (a green box is a successful request), and you can see those numbers skyrocket early Friday morning, when Reddit first went down. But as terrifying as that graph might look to system admins around the world, the attack was actually a lot worse.

“The graph only represents the requests that made it to our secondary load balancing layer,” Harvey said. “What we’re facing is orders of magnitude larger than what natural traffic looks like.”

Things are back to normal now. Here’s the site’s biggest thread on the ongoing Boston bombing story.