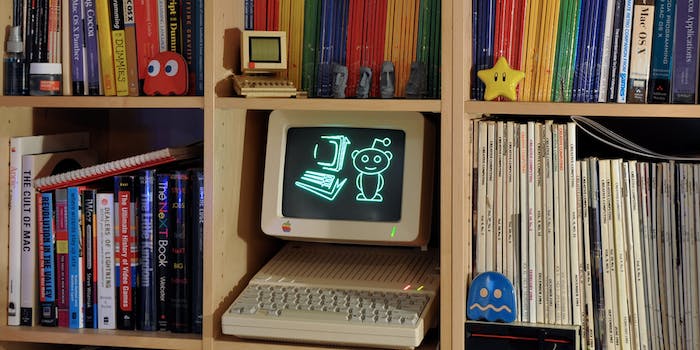 This a battle which no one expected Reddit to lead.

The new policy creates an avenue for someone depicted in an explicit picture posted on Reddit to contact the site, prove their identity, and have it removed. “Last year, we missed a chance to be a leader in social media when it comes to protecting your privacy,” Reddit administrators wrote in a site-wide post about the changes. The statement subtly references the site’s involvement in the distribution of thousands of stolen explicit images of celebrities, dubbed Celebgate.

Reddit, too, is filled with people who freely and expressly post nudes for whatever reason they see fit. One of Reddit’s most popular communities, /r/gonewild, is one of hundreds of pornographic subreddits that hosts nude images posted by the person in the photo—at least, if we take anonymous users at their word.

Instead, Reddit has chosen the same path many sites use to prevent the spread of copyrighted material and allow any content to flow until asked otherwise. It’s uncertain how victims will be asked to verify their ownership on a site that prides itself on anonymity—perhaps with similar methods used to verify identities on /r/IAmA, wherein everyone from celebrities to people with double genitalia manage to clear their bona fides. But the admittedly flawed policy makes Reddit the middleman in a dispute between revenge pornographers and victims instead of a scarier proposition for the company: being judge, jury, and executioner on a site very wary of management to begin with.

Photo via blakespot/Flickr (CC BY 2.0)