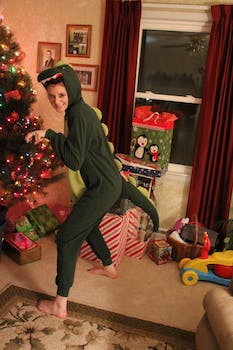 Redditors give (and get) some majorly unique holiday gear, from dinosaur pajamas to 3-D models of memes.

Picture the scene: It’s Christmas morning. Rubbing sleep from your eyes, you join the rest of your family around the tree; its drugstore-brand lights and a crackling fire are the only illumination in the room. You’re handed a package with your name on it. You tear it open, expecting to find clothing, a book, or possibly a Wii U.

Instead, you wind up with a fish tank made from an old acoustic guitar. 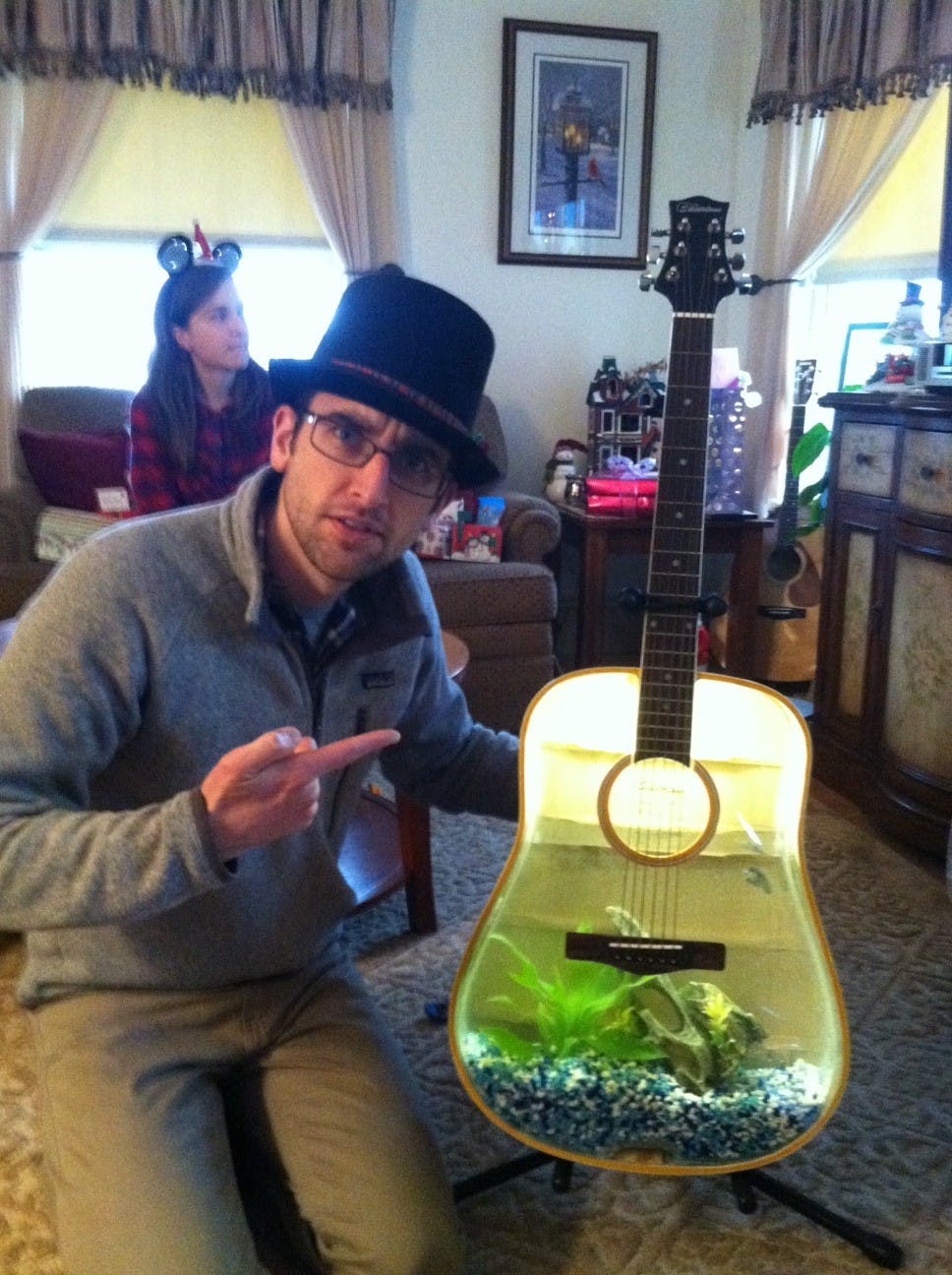 Redditor Tubmug’s photo is just one of many photographs taken by members of the lulz mother lode known as Reddit during the Christmas holiday. A unique bunch, redditors are never fully satisfied with traditional Christmas gifts. Only the truly remarkable items find their way onto the site—often to the tune of hundreds of upvotes.

Here is just a small sampling of the items with which Reddit will close out 2012:

Redditor Paintjockey was thrilled with his gift of “handerpants,” even though the “fly” is sewn shut. This winter, his hands will no longer have to go commando under his gloves. 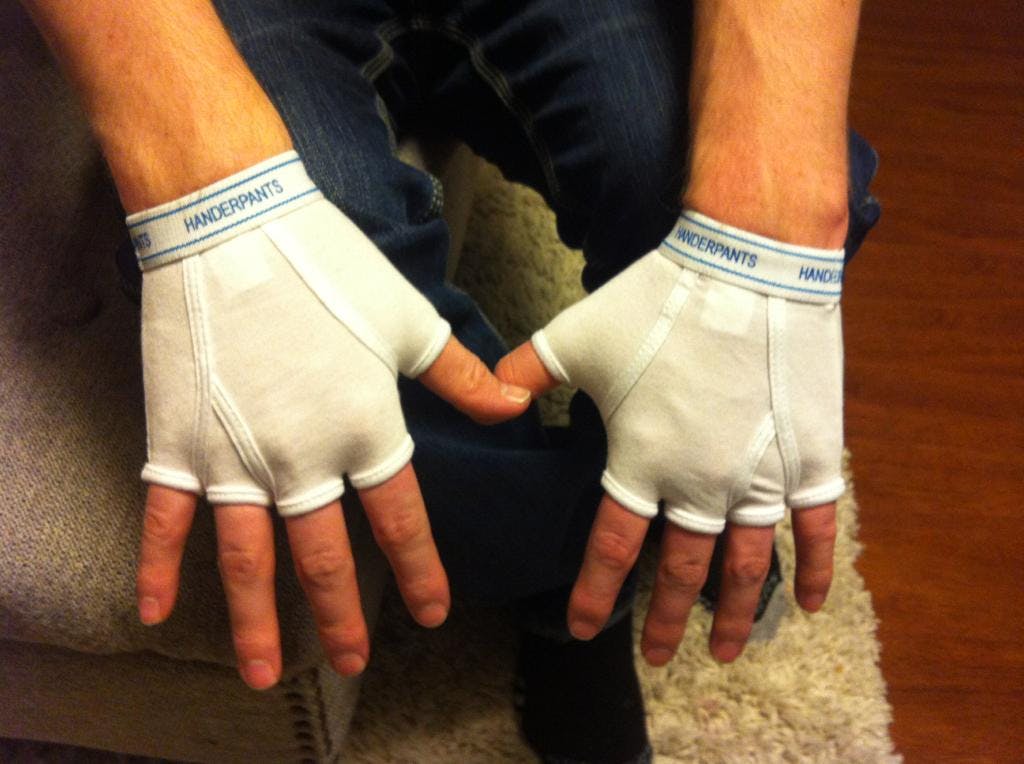 Redditor doctawafflez explained that her family’s Christmas tradition included opening up news sets of pajamas on Christmas Eve and wearing them immediately. Despite being a 20-year-old college student, she was very excited for her latest set. 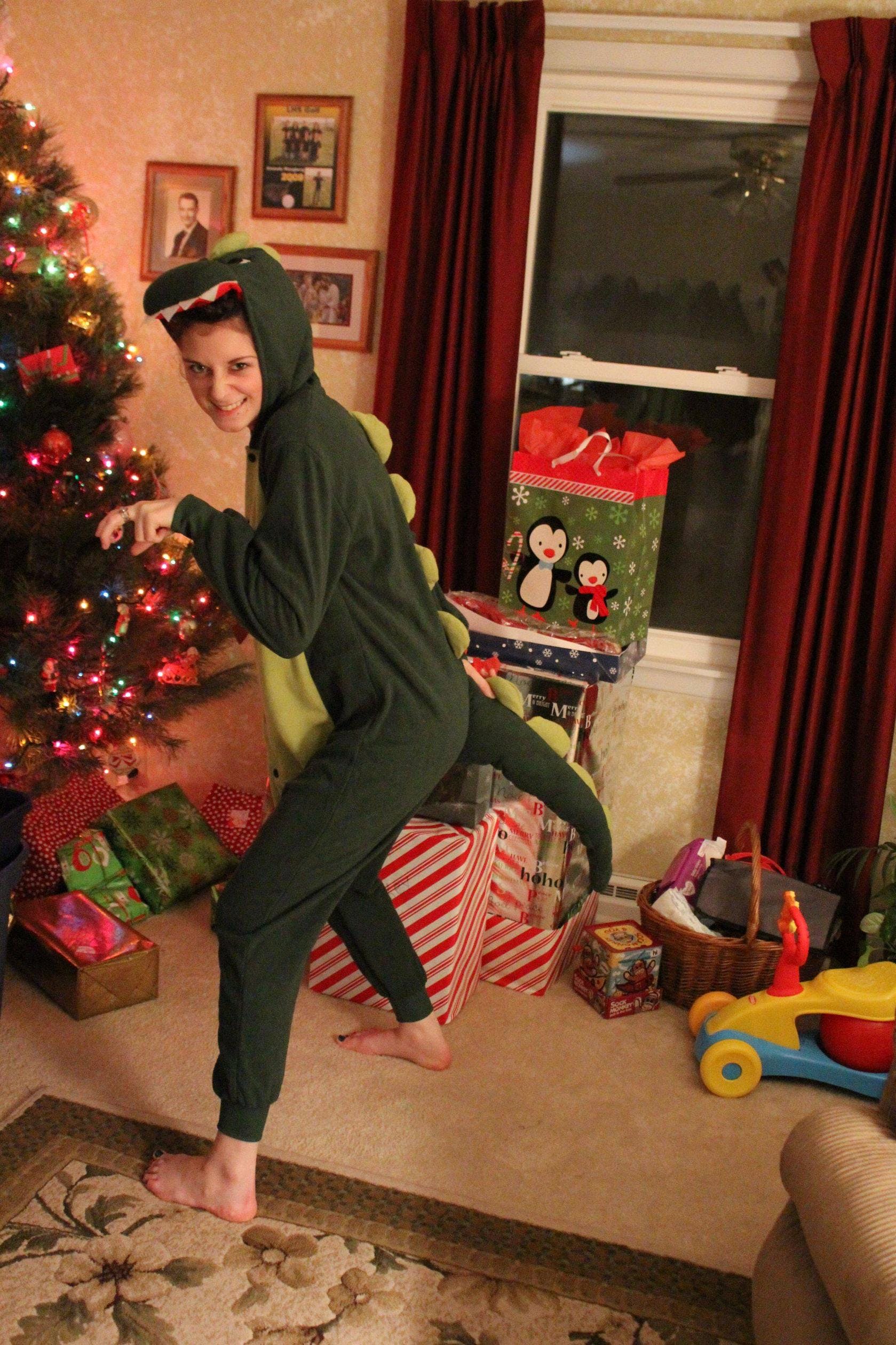 Qstrike5 was a participant in Reddit’s wildly popular “Secret Santa” program this year on the r/SecretSanta subreddit. His redditor Kris Kringle decided to send a gift that could literally not have been more successful at winning Qstrike5’s heart: a custom-made model of the “Success Kid” meme, created from a 3-D printer. 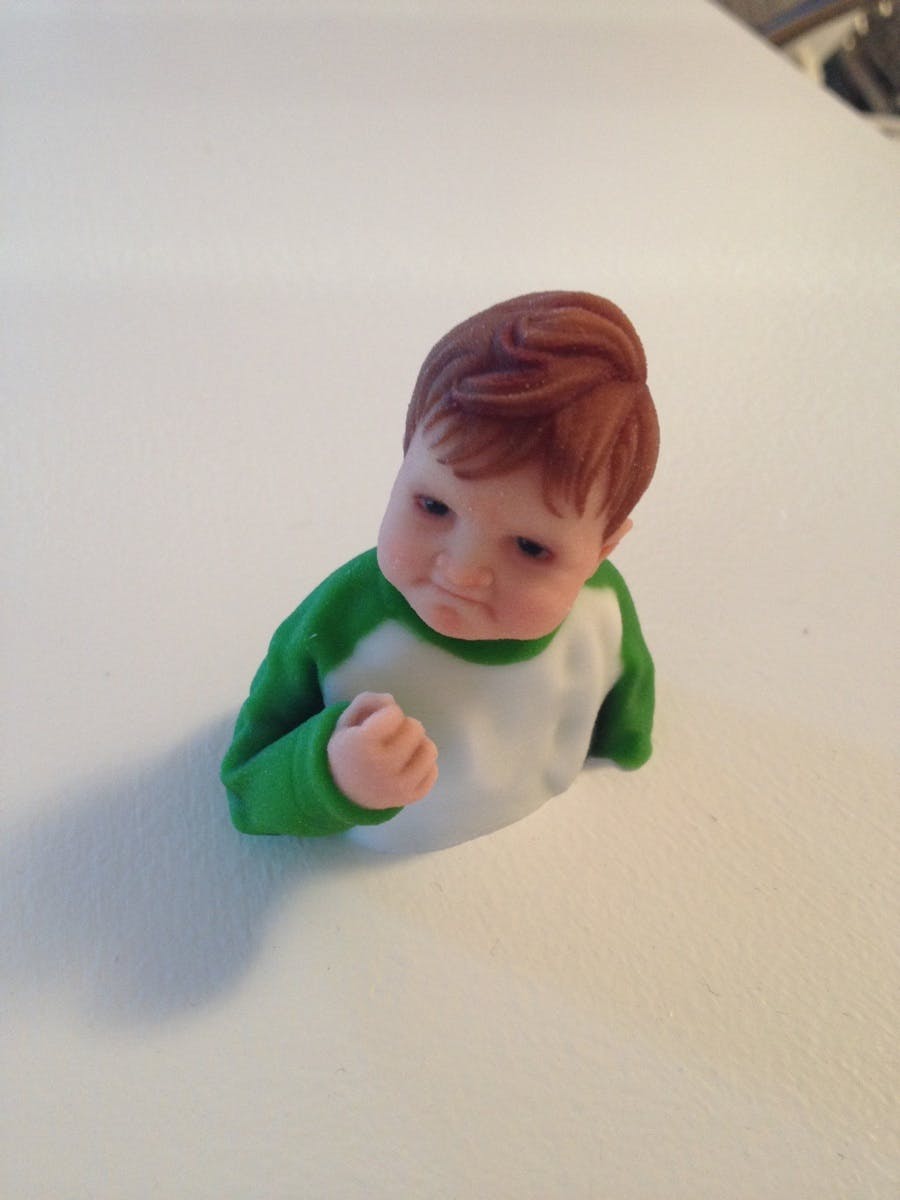 When Deseptikons joked that he wanted a painting of his dog, a 10-year-old dachshund-chihuahua mix, he received just that as an early Christmas gift. The painting, done by an artist named Jenicha, perfectly captured not only the dog’s stance, but also its innermost thoughts. 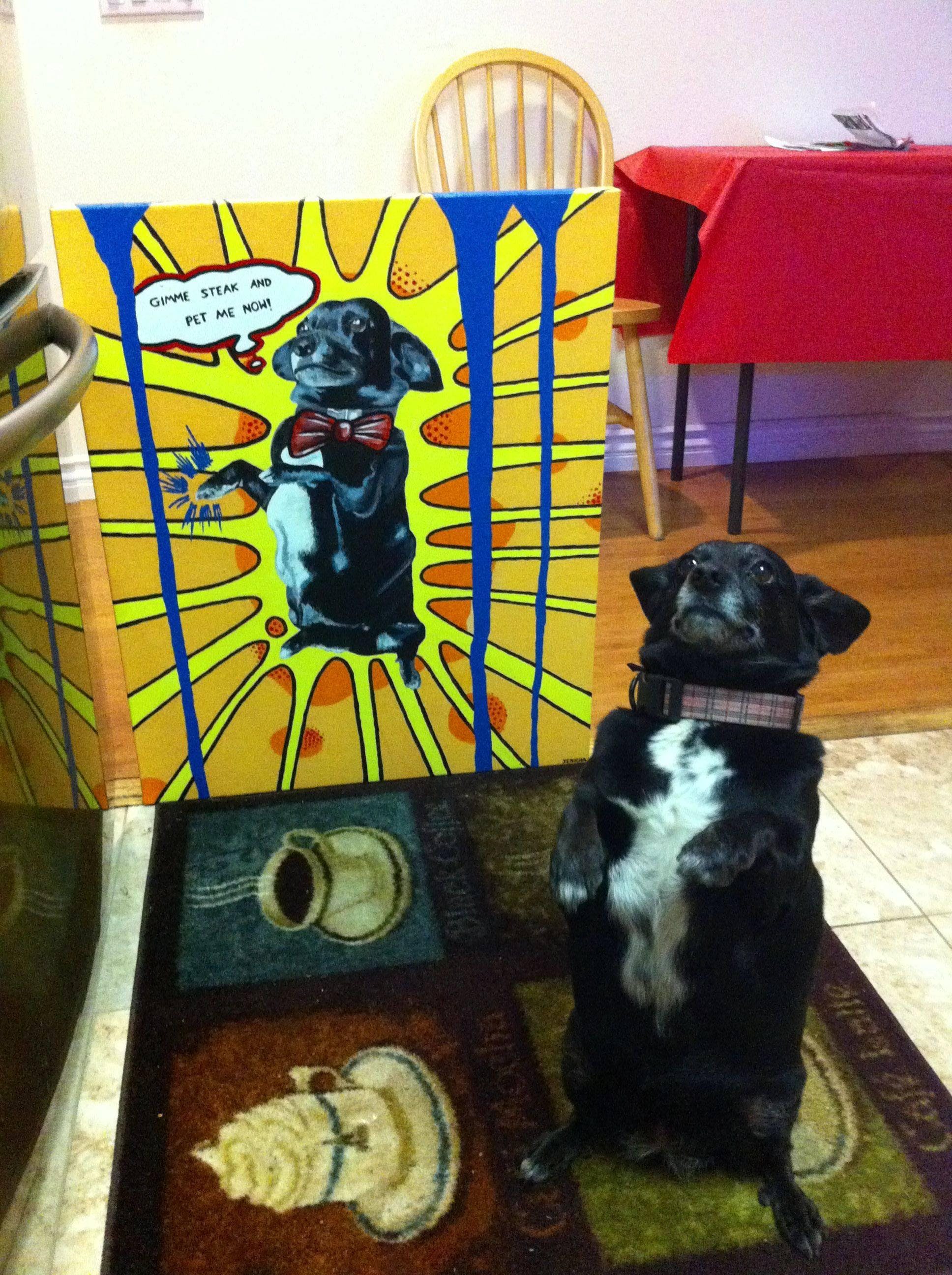 Redditor callitparadise participated in a game of “white elephant” at school shortly before Christmas. She admits that the gift she wound up with left her feeling “slightly disturbed.” Hey, Santa is gone all night in the middle of winter and is likely busy in the weeks leading up to Christmas; that doesn’t quell the needs of Mrs. Claus! 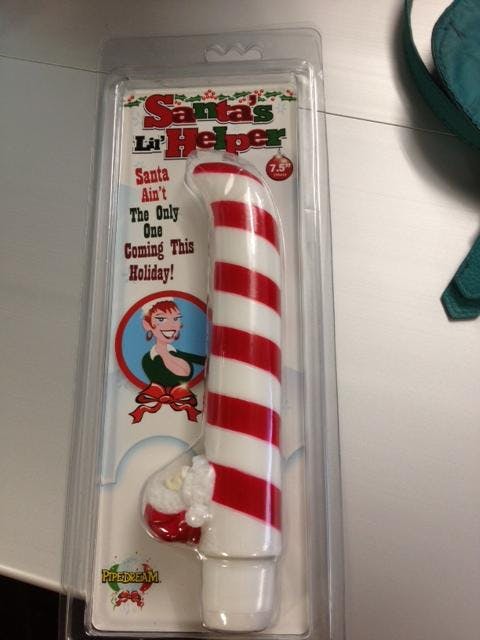 “Ugly sweater” parties are huge social events during the Christmas season. Sensing that everyone at the latest affair would be competing for “most gaudy” yet again, redditor aburdine decided that his cousin should be decked out in something a little more on the naughty side. Hey, just like Mrs. Claus, reindeer also have biological needs to be met! 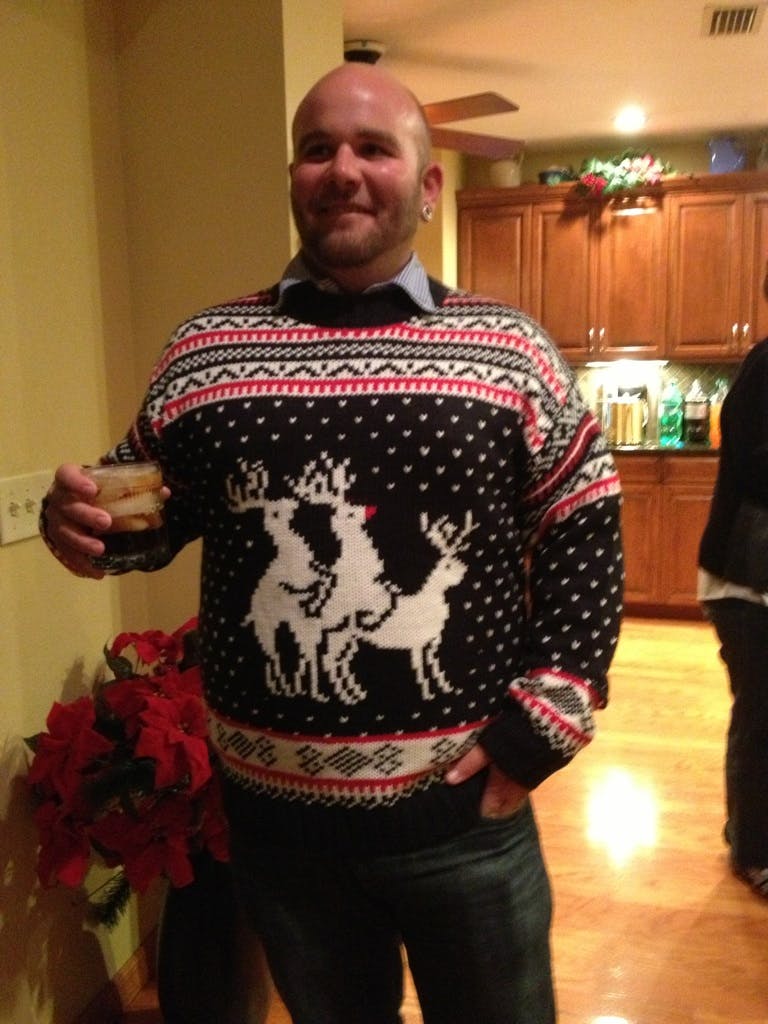 From chimneys to fireplaces, brick structures feature quite prominently in Christmas. When Santa stands near such structures, his dark-red suit allows him to blend in, chameleon-style. A friend of zesha‘s decided to start a trend that would rob Mr. Claus of this trick and gifted the redditor with a brick colored bright purple. 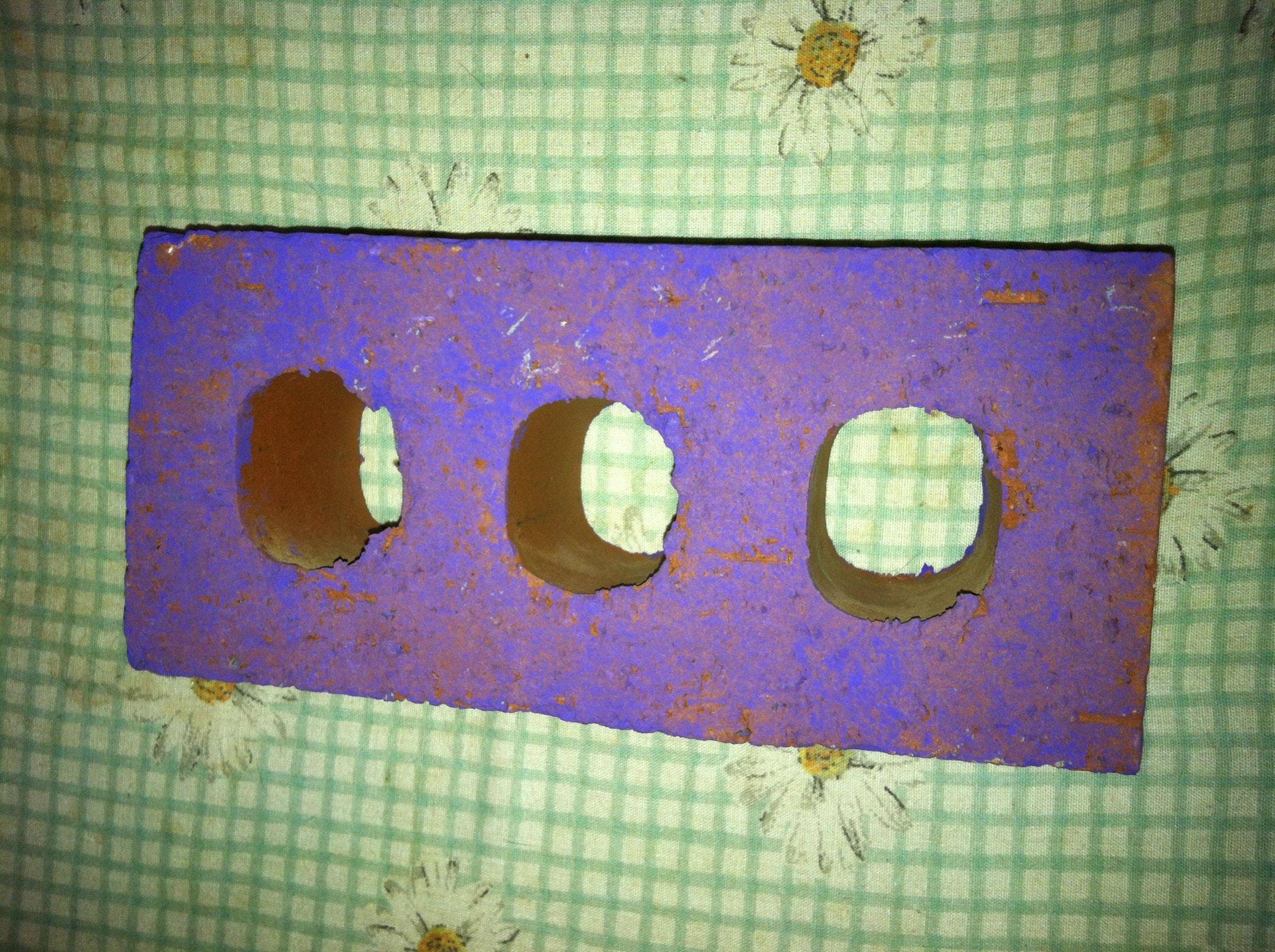 8) Wrapping paper with your face on it

Who says that personalized gifts must be underneath the wrapping paper? While not technically a gift, redditor PeteGrammarman discovered a unique way to abolish the to/from tag system once and for all: by ordering special wrapping paper imprinted with his face. 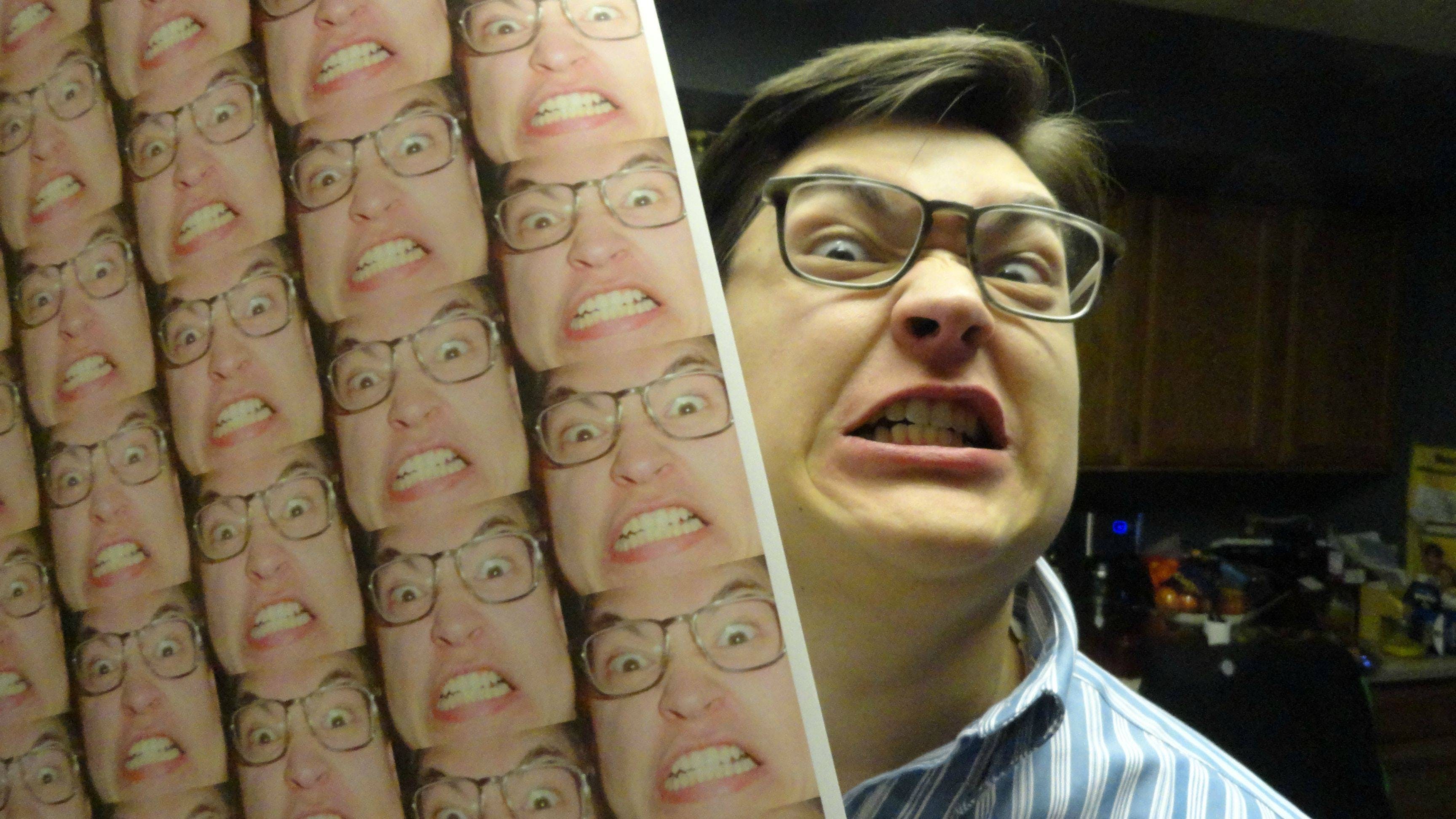 What is Christmas without a little bit of medieval weaponry? Redditor TheVidNerd was rather convinced that his brother bought him a battle axe for Christmas—and he had no mace or lance in exchange! Upon unwrapping the package, it turned out to be a cane, which is far less effective against armored knights. 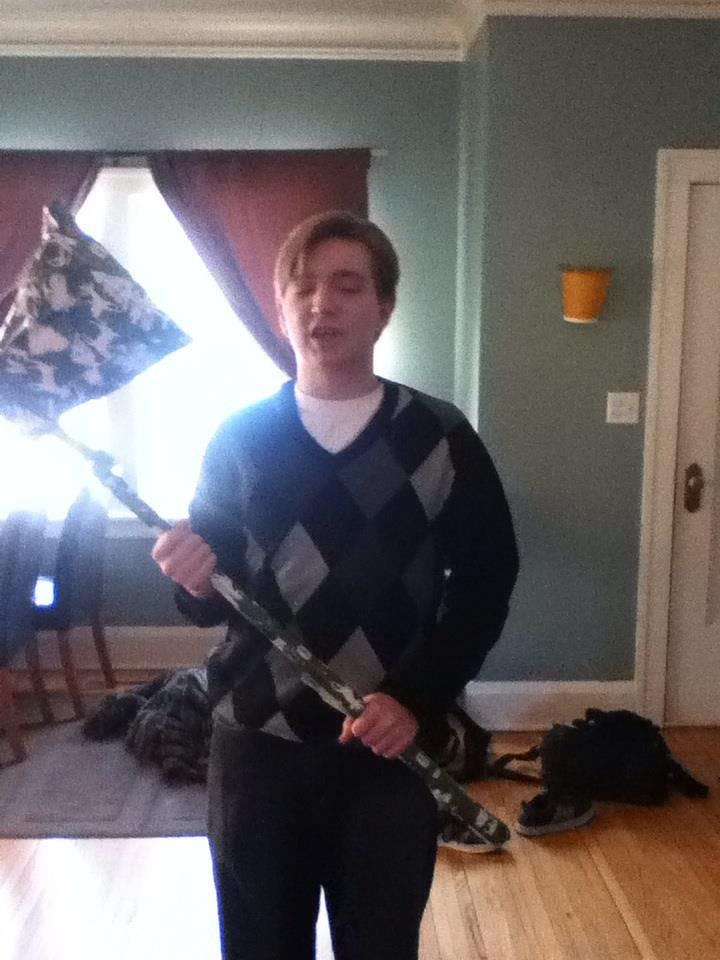 Not all gifts given or received resulted in laughter and joy. On Dec. 25, redditor admiral_awes0me posted a picture of a Dark Knight script given to him by his fiancée that was supposedly signed by the entire cast. His fellow redditors immediately revealed that the signed script was actually a $200 fraud. 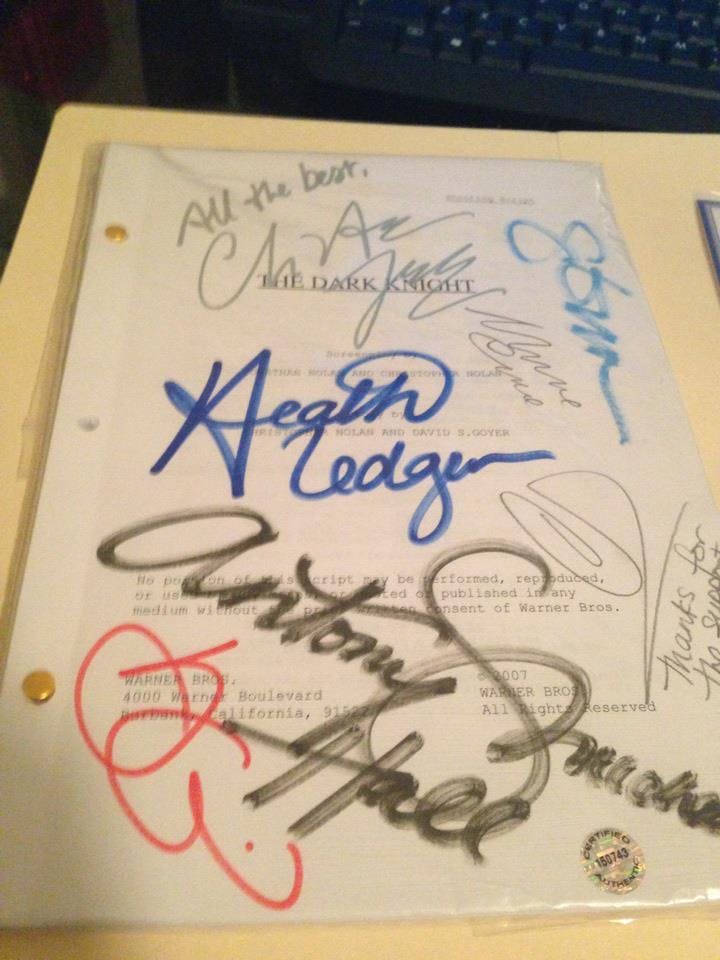