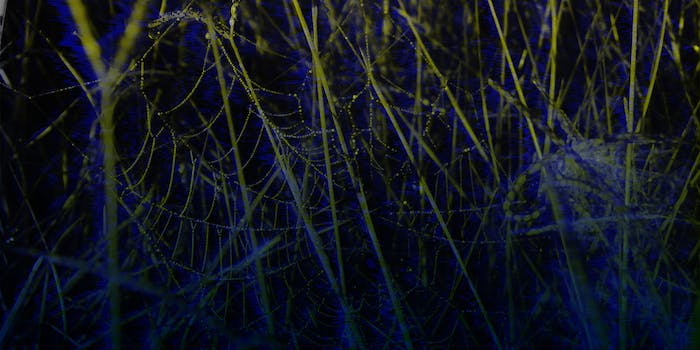 Reddit's SRS, known for crusading against child abuse images and "jailbait," is taking on the Deep Web.

It takes just three clicks to go from Reddit to child pornography.

The /r/onions subreddit, a 21,000-subscriber strong forum dedicated to the Tor anonymity network, links to the “Hidden Wiki,” an open directory of Deep Web hidden sites, at the top of its sidebar. From there, it’s easy to find the “Erotica – Under Age” section that includes links to thousands of websites hosting an unfathomable collection of soft and hardcore child pornography.

Now the push is on to remove /r/onion’s links to the Hidden Wiki on the grounds that it “advertises” child pornography. ArchangelleDworkin, a prominent moderator at ShitRedditSays, says she has “butted heads” with onion moderators and even contacted Reddit administrators in an attempt to get the link banned. So far, the links remain up, and Reddit administrators say they’re not coming down.

That’s only fueled the outrage.

Dworkin is also the moderator behind 2013’s “Reddit bomb,” the SRS term for an anti-Reddit PR blitz, that targeted /r/CreepShots and other subreddits seen as successors to /r/jailbait in the sexualization of minors and the distribution of potentially illegal content.

That powerful media push ultimately led to Gawker’s Adrian Chen revealing the identity of violentacrez, an /r/jailbait moderator, and putting Reddit into the public eye for all the wrong reasons once again. The CreepShots subreddit was subsequently banned, but successors have been popping up throughout the year.

Due to Chen’s violentacrez article, Gawker remains taboo or even forbidden to post on many Reddit forums and Chen himself is seen by many as a villain.

Now, with Dworkin’s already-popular thread in which she criticizes /r/onions and reddit’s administrators, it takes only four clicks to go from /r/ShitRedditSays to child pornography. Wikipedia hosts the same link as /r/onions in an article about the Hidden Wiki, the oldest link directory on the Deep Web, making the magic number “3” on one of the Internet’s most popular websites.  On Google, simply searching “the hidden wiki” yields about 145 million results, many of which lead directly to the real thing on the Deep Web.

With this article, it takes just four clicks from the Daily Dot.

Where does one draw the line?

The Hidden Wiki, which is open for anyone to anonymously edit, hosts more than 200 specific links to child pornography and related material among thousands of links to a variety of anonymous websites on the Deep Web and the normal Internet.

Unlike /r/Jailbait and /r/CreepShots, to which users directly submitted sexualized pictures and videos featuring underage models, the Hidden Wiki does not host any child pornography itself, and is not dedicated exclusively or even mostly to child pornography. However, links to that material do make up a significant and important part of the site. Among many other uses, the Hidden Wiki is undeniably a hub that pedophiles regularly use to to find the pornography and communities they seek.

The Hidden Wiki first gained mainstream attention in 2011 when Anonymous attempted to shut down the service—along with Lolita City and the largest child pornography websites it linked to—in an offensive called “Operation Darknet.”

Although the operation was a major publicity win for Anonymous, the Hidden Wiki and Lolita City stayed down for just days if not hours. In the two years following the offensive, Lolita City grew to 15,000 members, 10 times the number it had preceding the attack. It was eventually shut down last year.

This is seen by many as an inevitable consequence of powerful anonymity tools: Any network granting true anonymity will be used by whistleblowers, activists, soldiers, and journalists, but also by child pornographers and criminals of all stripes.

Tor is best known as the tool Edward Snowden used to leak over one million top secret NSA documents in 2013 and the tool with which Silk Road was able to build a multimillion dollar drug empire. The design of the tool necessitates that anyone anywhere can use it to access the Internet anonymously. The network requires diversity in order to truly hide its users and make it difficult—though obviously not impossible—to identify and arrest them in the case of criminal activity.

Now, /r/ShitRedditSays moderators are organizing another “reddit bomb,” just the sort that got global media attention in 2011 and shamed reddit administrators into closing the extremely popular and extremely controversial subreddit.

ShitRedditSays users are already comparing the new campaign to “Pedogeddon,” their name for the successful 2011 campaign against /r/jailbait that made headlines around the world. Users are already emailing media outlets, including Anderson Cooper 360, to alert them to the /r/onion link.

On /r/onions, moderators and users are defending their links to the Hidden Wiki and criticizing ShitRedditSays users while they’re at it.

“SRS throwing a hissy fit over something they know nothing about?,” wrote NekroTor, a moderator. “You don’t say.”

“The most sensitive people on the internet and the most calloused, intersecting at last,” wrote miserlou, /r/onions’s owner. “Interesting.”

Sitting above the subreddit’s link is the following warning: “You might not always like what you see down here. Some onions are dark, and full of terrors.”

The argument between /r/onions and /r/ShitRedditSays is not likely to lead to any agreement or compromise between those two parties, but if major media outlets like CNN do get involved again, that won’t matter. Reddit administrators may be forced by public pressure to intervene once more.