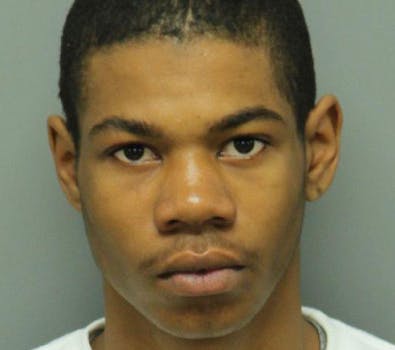 Qushawn Dy’antay Newsome, 17, was arrested Thursday and charged with second-degree burglary and larceny.

Police in North Carolina have arrested the teenager caught on video burglarizing the home of a Reddit user.

Newsome’s crime was caught on video thanks to eight cameras Matt Robinson had installed in his home before going on Christmas vacation. Robinson’s wife uploaded the surveillance video to YouTube, then posted it on Reddit under the name MakingThings Wednesday. Her hopes was to track down Newsome and another man who also entered her home.

“They kicked in the back door,” MakingThings commented on Reddit. “They took our Xbox. Video games. Wii. A hard drive. Money. ipod. A Roku. A router. … They ruined a camera, the DVR, the door, a router, a TV and the bleach ruined some clothes.”

The video shows the burglar carrying objects in and out of the house over the course of 14 minutes. Newsome ended up stealing about $1,500 worth of items.

“He is currently out on $30,000 bond,” she wrote. “We actually work for all that we have. We are not rich. We are not poor. I will not apologize to anyone for someone breaking in my house and stealing the things I own. It is not so much what they took. It is that they kicked in MY door. They came in MY house. That is mean.”