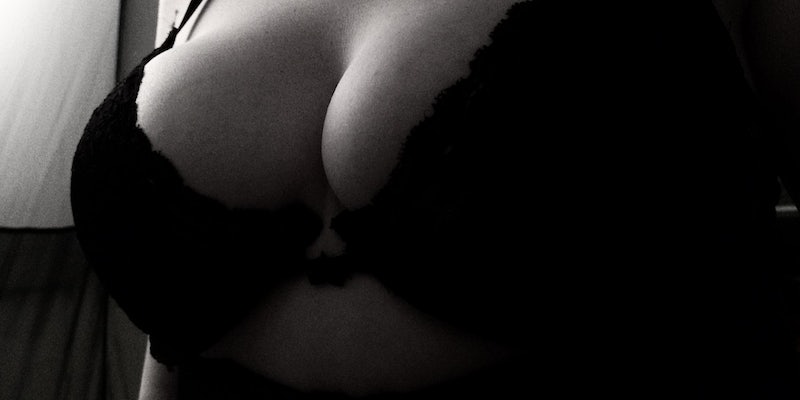 Reddit's "Girls Gone Bitcoin," who strip on camera for Bitcoin "tips," are excited about the prospect that the site might official embrace Bitcoin.

Bitcoins, the popular digital currency often used to hide illegal activity, may now be accepted on Reddit and the strippers over at r/girlsgonebitcoin are excited.

In an effort to make donating to the social news site as easy as possible, CEO Yishan Wong hinted Friday that Bitcoins (BTC) were being considered as a form of payment for Reddit gold, a premium service packed with a small set of new features (including the oft-requested ability to save comments).

“Yeah, I’ve been a longtime subscriber to /r/bitcoin and had done a lot of investigation into BTC quite a bit about a year ago before I took the reddit job (on my own, as a subject of interest),” Wong wrote on Reddit in a r/bitcoin thread, as first reported by BetaBeat. “So – no promises, but we’re looking into it.”

One person who is thrilled at the thought of Bitcoins receiving a stamp of legitimacy on Reddit is EnterTheDragonfly, a “voluptuous” ‘pin up girl’” who strips in exchange for coins. EnterTheDragonfly is a member of r/GirlsGoneBitcoin/, a Reddit forum where women dash their Bitcoin addresses in marker across parts of their bodies in hopes of men or women paying to see them naked.

“I think it’s wonderful!” EnterTheDragonfly told the Daily Dot. “I am sure the girls on r/girlsgonebitcoin will enjoy the ease of use, so users can treat them. I think it will be very beneficial to reddit, it’s a wonderfully amazing site that helps and connects so many people. They deserve more contribution to their cause, and bitcoin is a very easy and cryptographic way of helping them out.”

r/GirlsGoneBitcoin/ was created about seven months ago as a place for women to share provocative or nude photos of themselves in exchange for Bitcoin “tips.” In the past six months, the forum has more than doubled its subscribers from 700 to more than 1,600. And the creator of the forum, Julian702, believes that will only grow if Bitcoins are accepted officially on Reddit.

“Network effect is everything for the success of bitcoin. One of the biggest problems facing bitcoin from the earliest days was ‘how can I spend these bitcoins?’ With each of these types of announcements, it will encourage more and more legitimate adopters get on board until its nearly ubiquitous across the globe,” Julian702 told the Daily Dot. “The news of hacks and thefts are becoming less detrimental to the faith in the actual protocol while the innovations, such as the reddit tipping bot, and security (as people learn to deal with keeping their bitcoins safe from malware theft) that will come remain unbounded.”

The current Bitcoin exchange rate with the U.S. dollar is about one coin per $10.90.