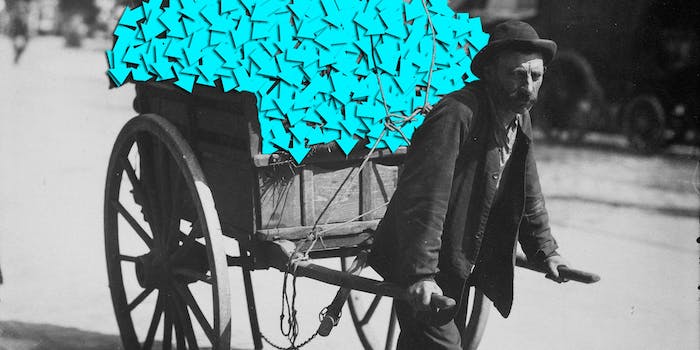 Did redditors uncover a small-town conspiracy, or are they guilty of libel?

Redditors think they've uncovered a conspiracy between a well-connected newspaper owner and local politicans. But things are not as cut and dry as they seem.

When your news organization gets an article posted on Reddit, there’s usually an inevitable bump in page views. It’s typically viewed as a positive.

However, a recent post on one Reddit forum about the death of a cyclist has turned into a protracted spat about what responsibility, if any, the rapidly growing social news site has to police the content posted by any one of its millions of users.

A story posted to Boca Raton hyperlocal news blog BocaNewsNow.com last month about the death of a cyclist in a collision with an automobile August 24 led with info about his background: Timothy Van Orden had a “lengthy court and criminal record, including three DUI convictions… [and] was in the midst of a ten year driver’s license suspension. … Charges against him ranged from drug possession to battery.”

Initially there was no information posted about the driver of the vehicle who allegedly struck and killed Van Orden.

The article was immediately flooded with angry comments about “blaming the victim” by posting seemingly irrelevant information about Van Orden’s checkered past while completely ignoring whoever was behind the wheel of the other vehicle. The piece was later updated with a paragraph about the alleged driver, Drew Blazure, who once interned for New Jersey Congressman Leonard Lance.

At this point, the article was posted on Reddit’s r/bicycling community of cycling enthusiasts under the title “Politically-connected drunk driver kills bicyclist, media smears the victim.”

Reddit users did some research and posted eyebrow-raising information about BocaNewsNow.com’s ownership, implying the story was part of an intentional smear job on Van Orden on Blazure’s behalf. In the top-rated, and therefore most visible, comment on the article, Redditor “trnsz” wrote that the blog’s proprietor, former ABC News National Correspondent Andrew Colton, also has a litigation communication business where he creates video documentaries “showing the good things that people facing jail or prison time have accomplished in their lives.”

“The owner of this news organization is Mr. Colton who is in the business of smearing victims and helping the accused avoid the consequences of their actions,” charged trnsz. “He uses his ownership of the Boca News to help him achieve his goals!”

Colton was upset over the allegations and contacted the moderators of r/bicycling demanding they remove the comment. Moderator Ryan Potts said that Colton threatened legal action against both Reddit and himself for “acting as conduits of slander.”

Potts, a volunteer who doesn’t hold an official position at Reddit, said the comment in question would stay but Colton could respond on the site or take it up with actual Reddit management. Colton ran his complaint up the Reddit flagpole and was similarly rebuffed by the company’s lawyers.

Instead of responding on Reddit, Colton published an angry editorial on his site, lashing out against both Reddit and its parent company, Advance Publications, for failing to take full responsibility and remove the comments he found libelous.

“Specifically, that the news site is paid by attorneys to ‘smear’ opposing parties in litigation, it’s just not true,” read the editorial.

In a phone interview, Colton insisted that any allegations of impropriety are patently false. Colton said that not only has he had no contact with Blazure or anyone working on his behalf, but his legal services company, as a rule, doesn’t take criminal cases (such as vehicular manslaughter), never works on the defense side and keeps a firm wall of separation between his two businesses.

The 1996 Communications Decency Act holds that because Reddit is merely hosting user-generated content, it holds no legal responsibility for said content’s veracity because a wall of legal separation exists between content produced by a site’s operators and content produced by non-affiliated users.

“I can’t emphasize enough how crucial … [this protection] is to the operation of the Internet itself,” explained Nate Cardozo, a staff attorney at the Electronic Frontier Foundation. “Sites like Google, Craigslist, YouTube, and Yelp couldn’t exist without this law. … They would all be sued out of existence.”

“This doesn’t mean that everything said online is entirely protected,” Cardozo continued. “Mr. Colton is free to pursue a defamation claim against whoever actually wrote the comment.”

While Colton says he currently has no plans to actually sue anyone, he argues that it’s a question of journalistic ethics rather than a fight about the letter of the law.

“Anyone trained as a responsible journalist knows that there are two sides to every story, but there’s also the truth. If you print something that’s wrong, you need to take action on the information that you’ve been given,” he charged. “I do, however, hope that Reddit adopts a code of responsibility and ethics when it comes to defamatory, incorrect comments. Reddit’s lack of action when provided with proof of a lie undermines its own credibility as ‘the front page of the Internet.’”