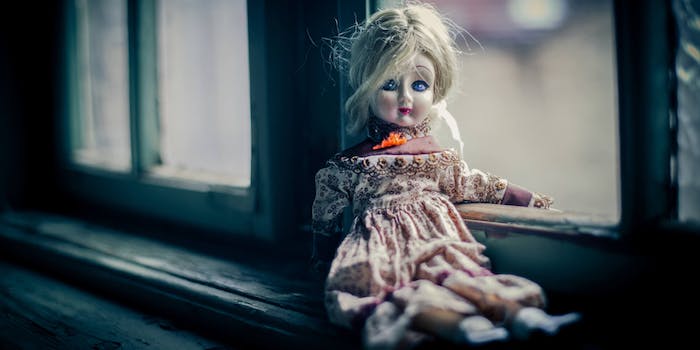 Redditor moves his girlfriend’s life-size doll out of their bedroom, wants to know if he’s the a**hole

It was in a different place when he came home from work one day.

A redditor turned to the “Am I the Asshole” subreddit with a dilemma: He loves his girlfriend but is creeped out by the doll she insists on keeping in their bedroom.

The couple has been in a relationship for over two years, and he plans on proposing soon. The redditor further explains that his girlfriend, whom he calls “Jess,” has a doll “about the size of a 5- or 6-year-old child” that her late grandmother gave to her.

“She always has it on display because it reminds her of her and ‘brings her peace,'” he writes. “The doll never bothered me much, besides it being a little creepy; I’m freaked out by dolls and clowns and the like. It was a bit uncanny that it was always in her room staring at us while we had sex and slept.”

Even though they made a compromise to keep the doll in the corner of the bedroom, facing away from the bed, so it’s not “looking” straight at them, he is still uncomfortable by the doll’s presence.

“I’ll walk into the room or walk out of the bathroom and forget that the doll is there, and it will scare the hell out of me,” he writes.

Since he works at a pharmacy and Jess works at a grocery store, they are both considered essential workers and continuing to go to work. And when he came home from work, while she was still at work, the doll was in a different place in the bedroom, now facing their bed. He wanted to take a nap, so he moved the doll to the living room.

He writes that he “woke up to her shaking me and asking me why I moved her doll. I told her I didn’t want it staring at me while I slept. … She burst into tears, called me a ‘fucking inconsiderate asshole,’ grabbed the doll, and left the apartment.”

He hasn’t heard from her in hours. And the concern only grew after he called her sister, bestfriend, and mom—all of whom have yet to hear from her.

“If she isn’t home by morning, her mom and I are going to try and file a missing persons report,” he writes.

Many commenters agreed that the doll is “possessed” and wanted to know if Jess moved the doll or if it moved on its own.

“It’s the size of 5-6 year old child?? That’s a horror movie waiting to happen,” one redditor proclaimed, with others making Annabelle comparisons.

“It IS your house too and if the two of you came up with a specific place it was ok and decided together she shouldn’t have moved it,” one wrote.