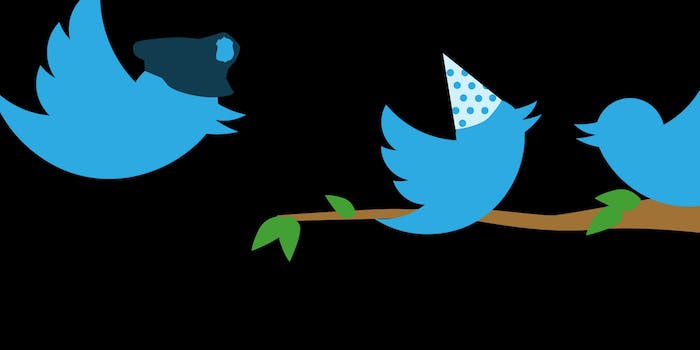 He tweeted his mugshot the following day with the message “Ya win some, and ya lose some. Right?”

Before Twitter, kids would plan parties the good old-fashioned way: with notes passed in class, text messages, or just plain old word of mouth. Later on, after a few noise complaints from your neighbors, that’s when the cops would bust the gathering.

Not the case in Salem, Ore., where a 19-year-old’s birthday party was shut down after police discovered it on Twitter. In the days before April 11, Nathaniel Gray and his friends started planning his birthday bash at a nearby park on Twitter using #ProjectNate, a reference to the movie Project X.

Unfortunately for these young revelers, local law enforcement also took notice, not once, but twice. On April 8, Gray, who uses the handle @beerisrad on Twitter, said that somehow the Salem Police Department found out and the party had to be relocated.

P.S. Salem cops have no jurisdiction at this location so they can suck my dick.

But a few days later, on April 11, the agency that did have jurisdiction over the location also noticed the party planning online and tweeted at the young man, telling him that if he went forward with the event he could be arrested.

@beerisrad your actions could lead to your arrest. If you have questions about “Project Nat” please call the shift Sergeant @ 503-588-5032

@beerisrad responded to law enforcement, saying he had no information about the party and that he wasn’t planning it all. But a few hours later, as Gray and a few dozen kids started to kick off the party, some uninvited guests also showed up. Deputies with the Marion County Sheriff’s Office found alcohol, a bonfire, and a stage. They arrested Gray on misdemeanor charges, including providing alcohol to minors and disorderly conduct, KGW-Portland reported.

On Monday, Gray agreed to talk to KGW in an interview. (It surely won’t help his case on May 9, when he appears in court.) When asked if he was surprised how quickly word spread about the party online, he said, “What can you do? That’s the Internet, I guess.”

Also, he brought his own microphone. 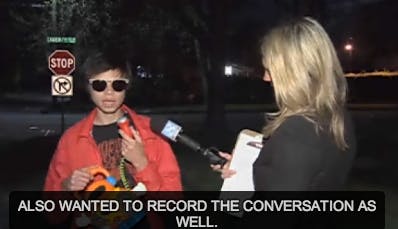 And just in case Gray hadn’t given the county prosecutor enough evidence for that upcoming day in court, he tweeted his mugshot the following day with the message “Ya win some, and ya lose some. Right?”

Gray, you’re probably going to lose this one.

Well. Ya win some, and ya lose some. Right? pic.twitter.com/NAb0ntfAcS