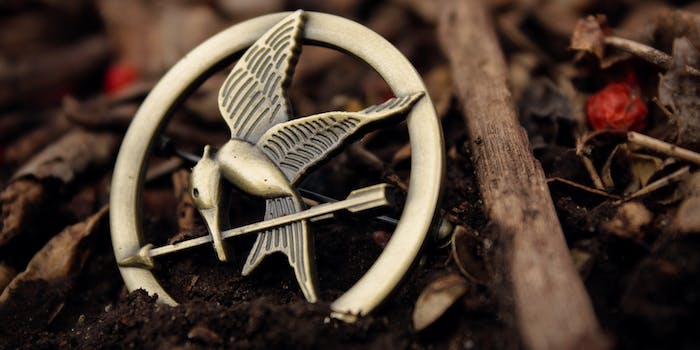 What's really motivating the cultural panic over The Hunger Games and The Fault in Our Stars?

Few categories of literature right now seem to receive the level of hatred reserved for young adult fiction, which is the subject of nearly endless editorials on its supposed inanity, excessive sexuality, darkness, and girlyness. It doesn’t escape notice that there’s a strong whiff of sexism underlying the wave of YA hate—the genre is heavily dominated by women, and female authors can recount their experiences with sexism first hand.

But there are other factors going on here too with the onslaught of essays declaring that kids these days read too much YA, and one of them is the lack of understanding of the Millennial generation, paired with the Millennial-bashing that seems to be so popular among older adults.

Columnists like Ruth Graham seem personally offended not just by the presence of YA, but by the fact that a growing percentage of YA readers are in their 20s and 30s. Graham wrote, “Fellow grown-ups, at the risk of sounding snobbish and joyless and old, we are better than this.” Her simultaneous put-down of YA and confidence in what “adulthood” means is a generational tell, reflecting a sociocultural divide that has significant implications in the changing American landscape.

The Millennial generation, unlike others that have gone before it, is facing an unprecedented legacy of broken promises. They’ve faced continuous war for half their lives or more, many are struggling under the burden of outsized student loan debts, and more are struggling with an economy that’s extremely difficult to penetrate. Millennials were told that if they made the “right choices,” namely going to college and getting a degree, that they’d be rewarded, but society hasn’t lived up to that pledge.

Millennials aren’t doing what previous generations did. They’re not marrying, settling down, starting families, and choosing careers for life in their 20s and 30s. Part of that is the result of shifts in social attitudes—Millennials are more likely to want to explore dating, to bounce between careers to explore new possibilities. But it’s also the result of external pressures. Millennials are returning home because they can’t afford to strike out on their own, or they’re living in cramped conditions with roommates. They can’t afford to start families, and no careers are waiting for them.

In a way, Millennials are trapped in a form of enforced childhood. They can’t fully spread their wings because their feathers have been clipped, and consequently, they’re going through many of the same issues faced by the teen protagonists they love. They’re confused about who they are. They’re struggling to find love. They want to know when they’ll be independent, and what that independence will look like. They’re scared of the future.

It doesn’t go unnoticed that post-apocalyptic books, for example, have been big in recent years. That’s a reflection not just of a desire on the part of teens to read books about uncertain futures in a world where the future seems very uncertain, but also on the part of young adults—those people in their 20s and 30s—to explore the possibilities that lie ahead of them. What might war and environmental disaster bring us, and what kinds of legacies might we be facing as a result of the deeds of prior generations? These are the questions Millennials are asking, and many of them aren’t finding the answers in adult literary fiction (curiously, people trashing YA always seem determined to compare it to adult literary fiction alone, rather than all adult fiction), so they’re turning to YA.

YA, at its heart, whether it’s fantasy, mystery, contemporary, romance, or literary, is about growing up, finding boundaries, and discovering who you are. Many Millennials aren’t confident in their identity and who they’re going to become, living instead in a state of nebulousness created by a changing society, a shifting economy, and a radically altered world. These aren’t experiences that older generations can fully comprehend, which is one reason why Millennials find themselves so frequently targeted for ire as selfish or lazy. Under these conditions, it’s not surprising that the desire to seek out books that resonate is viewed as further evidence of the juvenile attitudes of Millennials.

Instead of asking why so many grownups are reading “children’s books,” perhaps people should be asking why society is keeping grownups in a state of artificial childhood, waiting for broken promises to be made whole, or resolved, so they can move forward. This generation grew up believing that the world was their oyster, because that’s what they were told by the adults around them, and they discovered something very different when they came into their majority. YA explores these subjects in a real and immediate way that clearly speaks to this generation of adult readers. Now, the same adults who told Millennials they could do anything and be anyone are turning on them.

The hot insistence on labeling YA as “trashy” and not fit for adult reading isn’t just about a visceral hatred of genre fiction. It’s also a form of denial from older adults who don’t want to engage with the issues faced by Millennials. If the validity of experiences underlying the desire to read YA can be eliminated, then older adults can feel less responsible for what they did to the generations that followed them. Trashing YA is a conversational avoidance tactic: Rather than confronting the realities faced by Millennials, older adults (and privileged Millennials) choose to attack the coping mechanisms people use to understand their new social role.

YA is often about adult betrayal, broken promises, and creating your own life for yourself. Fundamentally, that’s precisely what Millennials are facing. And you’re surprised they read The Hunger Games?

s.e. smith is a writer, agitator, and commentator based in Northern California. Ou focuses on social issues, particularly gender, prison reform, disability rights, environmental justice, queerness, class, and the intersections thereof, and has a special interest in rural subjects.y

Photo via KendraMillerPhotography/Flickr (CC BY N.D.-2.0)