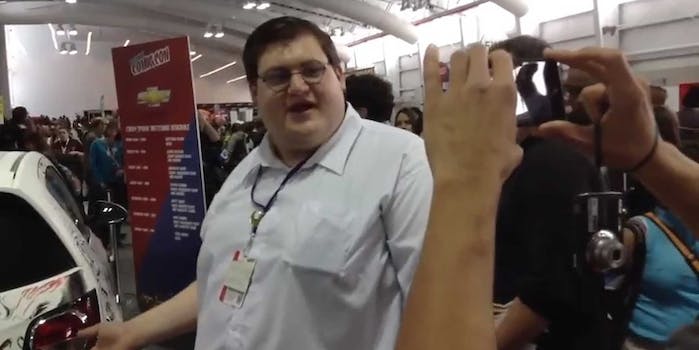 The real-life Peter Griffin showed up at Comic-Con

If you're planning to cosplay at Comic-Con this summer, you have your work cut out for you.

If you’re planning to cosplay at Comic-Con this summer, you have your work cut out for you.

An unknown 2012 attendee in New York decided to capitalize on his resemblance to Family Guy dad Peter Griffin. He donned Griffin’s trademark outfit and set out to entertain his fellow attendees.

His transformation went beyond a mere costume.

His impromptu audiences were floored when they witnessed the attendee’s impression of Griffin, which sounds as if it was coming from Seth MacFarlane himself, from the over-the-top New England accent to the jilted speech delivery. He is Peter. It’s unsettling.

While YouTube videos of the IRL cartoon character first surfaced in October 2012 immediately after the convention wrapped, they have only recently begun to go viral. Kirkout01’s video has amassed over 200,000 hits, no doubt earning a significant boost from a July 1 post on Reddit.

YouTuber OriginalPotatotube caught the same attendee at another point during the convention, offering up yet another pitch-perfect take on Quahog’s best-known resident.

While simple in nature, videos of the mystery Peter Griffin are far preferable to violence in movies and sex on TV.