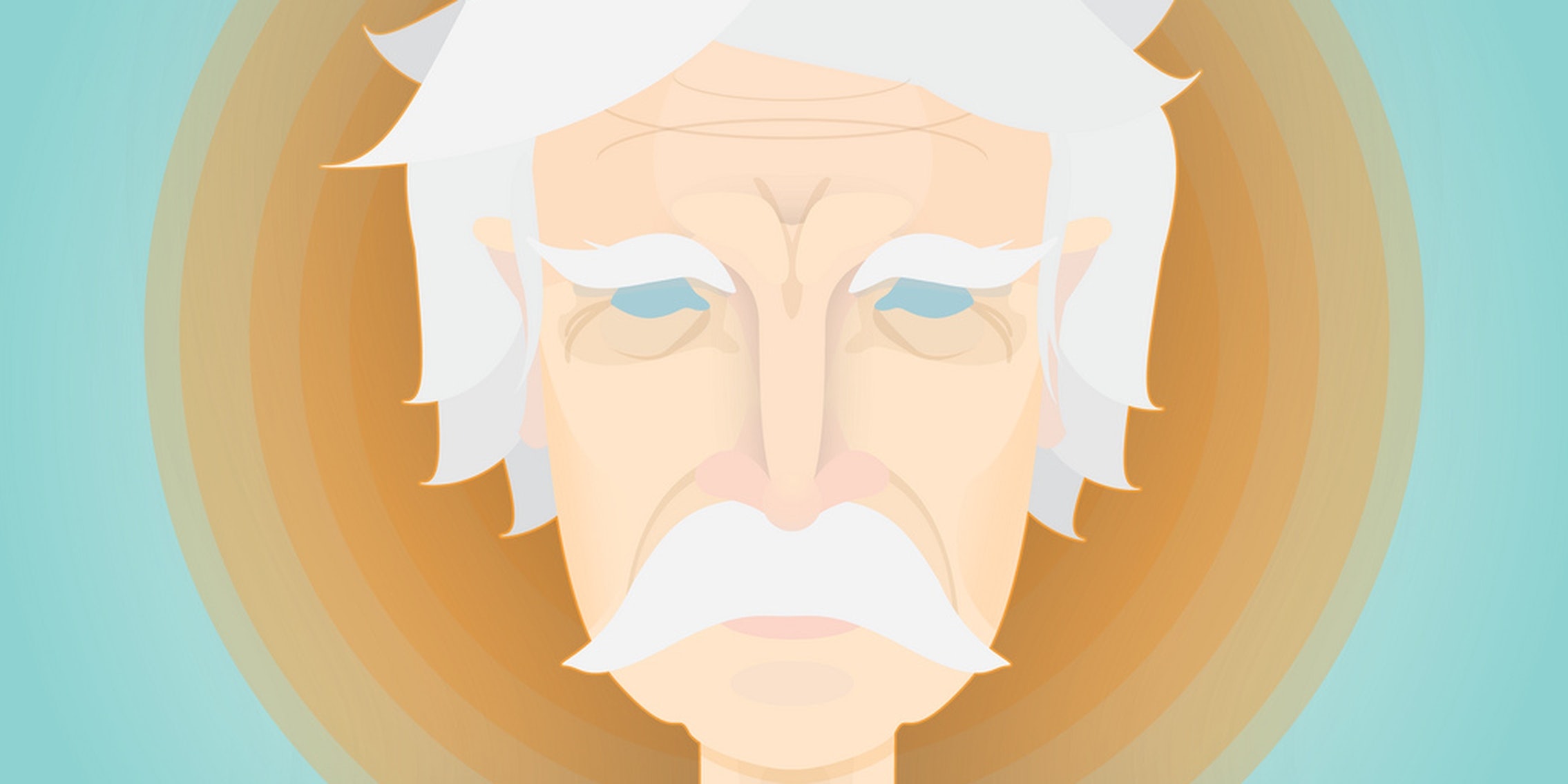 In order to achieve literary equality, readers must discriminate.

In an xoJane essay published last month, Bradford proposed that readers stop reading white, straight, cisgender male authors for a year, in order to focus on marginalized authors to support them and broaden readers’ horizons. The xoJane piece set off a firestorm of controversy from the moment it was published, starting in its own comment thread and quickly spreading to other platforms. Prominent support for her challenge came from fellow feminist genre writers John Scalzi and Saladin Ahmed, as well as from Neil Gaiman, the same white author whose book was featured with a large red cross-out sign on it in Bradford’s piece. Uncanny Magazine, a sci-fi/fantasy publication, offered free copies of its latest issue to anyone taking Bradford’s challenge.

Others in the literary world, however, were not so supportive. Some, like Sarah Einstein, Special Projects Editor at Brevity Magazine, took issue with the idea of excluding any kind of author for any reason:

Others, like author and editor Nathaniel Tower at Cultured Vulture and journalist Martin Daubney at the Telegraph, reacted to what they felt was a call to ban the works of authors who, like them, are white and male. The reaction to a perceived ban was strongest in the response penned by another sci-fi author, Larry Correia. Correia disagrees with everything about Bradford’s piece, down to her chosen pose for the controversial picture featuring Neil Gaiman’s American Gods (“Let’s start by analyzing this picture of Tempest giving America a good scolding”). He ended his line-by-line criticism by advising readers to read what they already read:

To counter Tempest’s racist challenge to only read books based not upon their content, but upon the color of their author’s skin, I offer a different kind of challenge. I challenge you to read books based upon what you think sounds awesome and never give into the finger shaking scolds.

On its face, Correia’s recommendation seems to be both reasonable and egalitarian compared to the idea of actively excluding authors who fit a certain description. It also fits what most of us readers do in the first place: Read whatever we want based on whatever criteria leads us to consider a work worthy of our interest.

What Correia and others who advocate for this status-quo system of reading fail to recognize is what Scalzi points out in his statement of support:

The number of people only or primarily reading [whatever combination of not white and/or straight and/or male and/or cis] is likely relatively small compared to those reading only/primarily straight white cis males, which is to the point about bias in the system, and is worth thinking about.

As a reader, generally speaking, to take Correia’s advice and read only what happens to come your way via reviews and recommendations (not to mention the publishing industry itself) means to read mostly read white male authors. This is a result of biases that exist from publication to promotion. The Diversity Gap, Lee & Low Books’s study of the 124 authors who made the New York Times Top 10 bestseller list in 2012, revealed only three non-white authors in the number, none of whom are African-American.

Even if you disregard the top sellers and look at the reviews the New York Times published in 2011, far fewer than half of all the books reviewed were written by non-write authors. The gender gap in publishing, while not quite as chasm-like as the racial one, also persists. Most of the major players among publishers of literary fiction are nowhere near 50/50 equality in terms of gender (Crown being the notable exception).

Bradford’s pledge to fix the imbalances in her reading habits is hardly the first or only one. More and more people are actively working to correct biases in their reading. Sunili Govinnage at the Guardian read 25 novels by people of color last year, and Lilit Marcus read only female authors in 2013, as did Dallas Taylor the year after. The We Need Diverse Books campaign, which began in 2014, focuses on diversity of all kinds in children’s literature. BookRiot, as a website, committed to increasing its coverage of books by authors of color.

Personally speaking, the recognition of my own reading biases came not through reading Bradford’s piece but a dispassionate examination of my own reading habits. Late last year, I was horrified to realize that not only was I reading fewer than 50 percent non-male authors, but also that most of the female authors I had read were during my pre-adulthood years. Despite being an outspoken feminist, I was not reading or supporting many female authors. My numbers on non-white authors were even more disappointing and would have been even worse had I not read so many books about Islam when I had struggled with my former faith as a Muslim teenager.

As a non-white non-male author myself, the realization sobered me. Even if I managed to overcome the biases so prevalent in the system and grow my fledgling writing career, how could I continue to reinforce them in good conscience? I decided to not only read in a selective way for two years, but also provide recommendations to promote the works of non-white and/or non-male authors that I have already enjoyed.

There are benefits to selective reading aside from soothing the sense of horror most fair-minded people feel when we realize that we are perpetuating inequality. First of all, we ensure that a more diverse swath of authors benefit from increased sales numbers. In a world where people are reading more but there also are far more books being published overall, a purchase is both a direct way to profit authors and a vote in favor of future success for them. On a related note, it tells publishers that there is financially viable interest in a wider selection of authors, so new authors who aren’t white and/or male are more likely to be given a chance to succeed in a system already biased against them.

Secondly, it increases the likelihood that we will continue to support diverse authors even after the actively discriminatory period is over. As Bailey Poland observes regarding her Diversity Reading Challenge:

I found authors I might have passed over before, because I was much more likely to skim the shelves and grab the first thing I could remember hearing about; given the state of publishing reviews, odds are that book would have been by a white man.

Last, but not least, reading a broader range of writers expands the worldview of us readers. Though all white male authors hardly share a universal perspective, it is true that people who aren’t white and/or male often have concerns and viewpoints that are underrepresented in literature.

This is true even in fiction. The dystopian potential of extremist sexist fundamentalist Christian-flavored religions is quite obvious, yet it went mostly unexplored by dystopian science fiction until Margaret Atwood wrote The Handmaid’s Tale. The classic Greek tale of Orpheus and Eurydice, a tragedy of music and beauty and young love, almost begs for a modern Bollywood treatment and got it thanks to Salman Rushdie’s The Ground Beneath Her Feet. In the realm of comics, Kamala Khan, the Pakistani-American Ms. Marvel, is one of the most popular characters today but wouldn’t have existed without two women and a man of color to bring her to life. The literature and imagination of the English-speaking world is better off because it includes these works.

Public pledges against prejudices in reading have a few added benefits. They enforce accountability on the part of the pledger. As shown by Bradford’s article and its fallout, they start conversations about the discrimination and prejudice that persists in society. They reveal the equally persistent denial that surrounds the inequalities in society, like Correia’s encouraging of readers to lean into their biases rather than correct them.

The sense that it is somehow unfair to actively discriminate at all, even to correct a glaring imbalance, is one that is difficult to overcome. Unless we as a society want to remain enslaved to our unthinking prejudices, we must take proactive measures to counter them. For some, that may look like a year-long reading challenge. For others, it could be less a drastic undertaking, like seeking out new reading from more diverse writers while continuing to enjoy white male authors already on their favorites lists. To answer Rob Boffard’s question, “I’m straight, white and male. Now what?”: Strongly worded headlines, structural inequality, and firm stances aside, almost everyone, regardless of gender or race, could stand to enjoy more literature from a broader range of authors.

Photo via restiformdesign/Flickr (CC BY ND 2.0)