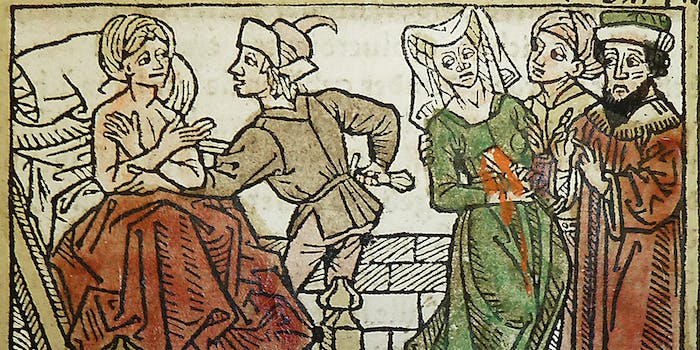 So you’ve read my rape story—now what?

Drink a glass of wine first, if you need to. I swear it helps.

Some days you need a glass of wine before you hit publish. There are certain things the Internet loves to talk about—Jennifer Lawrence, Game of Thrones, cats wearing tights—but others never seem to go over so well. At parties, you’re told never to discuss politics or religion, but on the Internet, it’s race and rape culture that get you into trouble.

I’ve never been good at following rules (I can’t put together Ikea furniture to save my life); thus, I talk about my own sexual assault semi-frequently. And the very pushback I describe above is exactly why these topics need to be discussed. My hope is that by being out as a survivor and being brutally honest about my experiences, this makes it easier for other people to survive. For those who choose to stay silent, I want them to know they aren’t alone.

I’ve been lucky to find support, solidarity, and community on the Internet as people shared their own histories. Disclosure made me better friends with those around me. But it also means that I’ve been bullied, mocked, harassed, cyberbullied, and threatened just for daring to speak up. It happens every single time I bring up the issue, no matter what I say or what language I use. The first time I wrote about Chris Brown and Rihanna, for example, a HuffPost commenter threatened to rape my mother.

Since I don’t plan on being silent any time soon, I thought I would give the Internet some advice on how not to talk to me about my rape. Drink a glass of wine first, if you need to. I swear it helps.

1) Let’s start with the basics. Don’t tell me how to talk about my rape.

In my last piece, I got a lot of flack for describing a time when I wondered what factors made me “rape-able.” After two sexual assaults and one thwarted attempt, I couldn’t help but wonder if it was my fault. To be honest, I still wonder that sometimes, no matter how much anyone tells me it wasn’t. That’s not the version that you likely want to hear, but it’s a truth that many survivors live with. I can march on the street with a sign that affirms my belief that “no one is asking for it” and still wonder what I could have done differently to prevent my rape. This is called trauma. It fucking sucks.

The thing is: being a survivor doesn’t make you perfect. People want survivors to follow easy narratives, the Lifetime story of victimhood to sainthood, but in real life, that’s not the way it works. We’re people, just like everyone else.

Internet commenters treat pity like a fancy treat to be doled out if survivors push the right button. If you want the yummy carrot, your rape story has to play by the rules of the game. You can’t be too sad about it, but you can’t be too happy or have moved on too much. People want to know that you still struggle, but wistfully—the kind of struggling that can be posted to Instagram next to a brownie recipe. Emotionally, you’re expected to be Tobey Maguire–level all the time, which is a state of calmness that verges on Benadryl overdose.

If you do not respond to your rape correctly, pity will be denied, as if that was what you wanted from this anyway. There’s always some reason not to feel sorry for a survivor, whether she was drunk or high or wearing “inappropriate” clothing or too whiny about about that whole being-raped thing. One guy recently told me that because I was sexually assaulted in a bar, it must be my fault for hanging out in a place like that, not being better prepared.

Excuse me for Yelping without my chastity belt on.

Another guy once said that he refused to feel sorry for me, simply because I was nice to my rapist beforehand (like, before I knew he was going to rape me). Why was I so kind to someone who didn’t deserve it? BECAUSE I DON’T HAVE A GODDAMN RAPE CRYSTAL BALL.

Here’s the thing: I don’t need you to feel sorry for me. I don’t want you to. I want your empathy, not your pity. I want you to not to invalidate my history—because whether or not it’s easy, it’s a part of me. When you try to shut me up, for whatever reason you’ve decided my story isn’t up to par, you make it easier for guys like my rapist to get away with it.

3) Don’t say I’m talking about my rape to get attention.

The first time I came out as a survivor, I couldn’t go online all day, especially on Facebook. I was scared that it would change the way my friends looked at me, or that it would be harder to find a boyfriend when he knew about my history. What happened if the love of my life googled my name? Would I always be the Rape Guy to him, just a walking statistic? When you live in the closet, you come up with a million reasons to stay there, whether real or imagined.

This is why a lot of survivors don’t come out, and I don’t blame them for it. Every time I come out, I think that this time it will be easier. It won’t be so fucking hard.

If I wanted to get attention, there are much simpler ways to do so. I would start listening to my headphones really loudly on the bus or post a Facebook status that I know absolutely everyone agrees with. I’d become a human Upworthy, commanding my feed to “like this status if you love puppies.” Getting attention means constantly humblebragging about your CrossFit routine, not sharing the most intimate and painful part of yourself for public consumption.

Do you know why I talk about it? So that one day, no survivor of abuse will ever be called an “attention whore.”

I understand why people get upset with Daniel Tosh and Family Guy for making jokes about rape. Everything is fair game for comedy, but as Lindy West has pointed out many times, this only works if the humor isn’t further targeting the marginalized. Humor works best when it’s aimed upward, and rape humor only lands when it highlights rape as a reality in people’s lives. (For a great example, check out Jessie Kahnweiler’s eye-opening work on that very subject.)

I once quipped that my rapist wasn’t even very good in bed, and a friend got upset with me. How could I even say that? It’s not just that I can say that. I need to. I don’t want to play the role of the sad, lonely rape victim my entire life, cast out into the woods to live with my shame. I want to laugh about my rape, because it helps me deal with it. There was a time when I was so scared that no one would love me that I didn’t tell anyone (except for my mother and the friend who was with me that day), and this helps me take control of that fear. When I can joke about it, I take ownership of my experiences.

Also, jokes help us say what we might be unwilling to otherwise, and it’s hard to just come out and say “rape sex is bad sex,” because it is. One of the most common negative reactions I get to in regards my rape story is that I secretly wanted it and loved it, but now I’m in denial. Do you realize how ridiculous that is? Good sex is having your desires fulfilled, not having them taken from you and abused. Good sex doesn’t make it less likely that you’ll ever have sex in the future. It took me a long time to even be able to look at myself afterward, let alone want to be with anyone. Do you think anyone secretly wants that?

Next time, instead of telling me to shut up, just listen. It might not be what you want to hear, but you could learn something.

Here’s the TL;DR version: If your behavior can at all be described as trolling, you shouldn’t do it. Does it sound like something Bret Easton Ellis would do? Then do the opposite. Not only will it save you a lot of time (one guy spent his entire evening trolling my comment section, which had to be exhausting), but it also makes the world a better place when we don’t perpetuate cycles of abuse.

If you want to put an end to rape culture, be the change you want to see on the Internet.