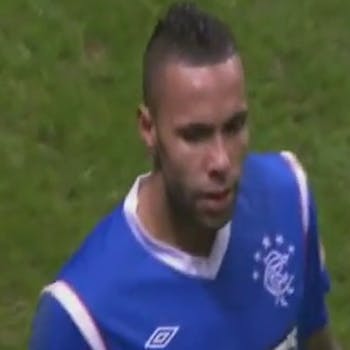 For the second time this year, police are looking into racist tweets directed at Rangers defender Kyle Bartley.

“The club has tonight been made aware of racial abuse directed at one of our players,” Rangers said on its Twitter account. “We have reported this matter to the police

Back in January, a man was arrested for allegedly sending racist tweets to Bartley and his teammate Maurice Edu.

These latest tweets sent to Bartley follow a number of other incidents where soccer players were subjected to such messages. After Bolton Wanderers player Fabrice Muamba collapsed during a game, a student sent “vile and abhorrent” tweets that led to the student being jailed for 56 days—a sentence a European human rights official believed was too harsh.

Maybe Twitter needs its own form of a red-card penalty.