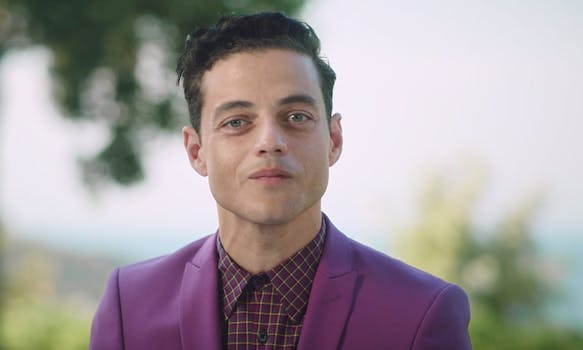 Rami Malek, who won the best actor Oscar last Sunday for his role as Freddie Mercury in Bohemian Rhapsody, is a fan of chamomile tea. He also likes handwritten letters, classic movies, and his mom. Malek didn’t divulge this information on a dating app or during an interview with a magazine. Instead, he recites all the things he is a “fan” of in a new ad for Mandarin Oriental hotels. The video has started to make the rounds on social media, and if you watch it, it’s easy to see why.

i feel so uncomfortable https://t.co/4S6ye2SdfZ

The Mr. Robot actor looks directly at the camera while giving his earnest answers. It feels intimate and almost a little too personal.

It helps that Malek is already considered one of the internet’s boyfriends, someone who has a large fanbase online. Despite criticism over his claims that he was not aware of the sexual assault allegations against director Bryan Singer, fans still really like Malek. And this video is ripe for new memes of the actor.

Last October, a fan shared a video of Malek saying no a video, and it turned into a viral meme. Now we know what the star is and isn’t a fan of.