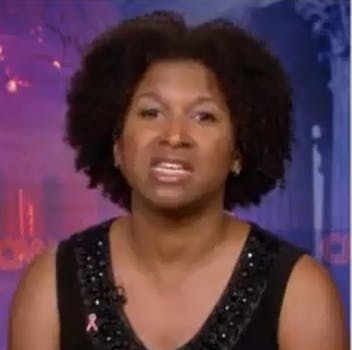 An online petition calling for Brian Beckmann’s removal from Miami Dade Fire Rescue for a racially charged Facebook rant continues to heat up.

The furore over a racially charged Facebook rant posted by a Miami-area fire captain is still a burning issue among many.

“Capt. Beckmann’s comments damaged public trust. The community within his area of influence now are forced to question his ability to provide safety and security to all residents regardless of race, ethnicity, and religion. Beckmann caused this problem when he decided to post, for public view, his incendiary remarks.

“These same attitudes can result in racial profiling which, as we’ve seen with George Zimmerman, can have tragic consequences. Brian Beckmann’s blatant racism should not go unpunished. He MUST be removed from his position within Miami-Dade’s fire department.”

Beckmann’s comments were made in light of the announcement that George Zimmerman would face second-degree murder charges over the killing of 17-year-old Trayvon Martin in February.

“The wording of [Beckmann’s] Facebook post was deeply offensive,” Roach, a Maryland resident, told Sunshine Slate. “I thought this guy should be investigated and I think removed from his position. I wouldn’t trust him if I lived in that community and I wouldn’t trust his leadership if I worked under him.”

Many of the signatories agree.

Edris Jackson wrote, “Such disrespect for people of color or anyone (human) is disgraceful. Does he not know that he feeds at the public trough, which makes him a servant?”

“There’s no excuse for his conduct, which casts public doubt on the ability and willingness of Beckmann and his colleagues to serve and protect the citizens they’re sworn to protect,” Ohio’s Kathleen Wills commented . “Further, he disrespected the public prosecutor using unflattering, sexist language. He’s dishonored himself and the department. Get rid of him!”

Roach has been involved in the Martin case since its early stages. Prior to the charges being laid against Zimmerman, she began a petition to Attorney General Eric Holder, calling for the Justice Department to intervene in the case. That petition drew more than 500,000 signatures.

Meanwhile, a number of protests have taken place in the Miami Dade county, calling for action to be taken against Beckmann. Some of those demonstrating were angered over how long the investigation is taking.