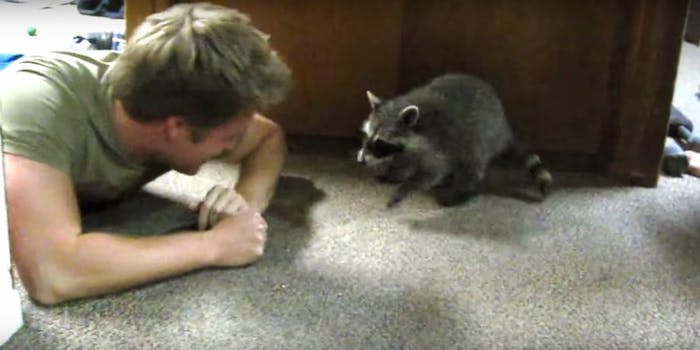 Sly the raccoon is adorable, but he sure does love to headbutt his owners.

Most people look at a raccoon and see a nuisance, but two college roommates decided to keep one as a pet.

This video is super adorable, but we’re still a little worried about these guys letting a raccoon get its claws and teeth so close to their faces. Sly the raccoon loves to play-fight, but is it really safe?

Well, probably not. But what is college for, if not experimenting with dumb ideas like adopting an adorable wild animal and running the risk of being clawed in the eyeball?