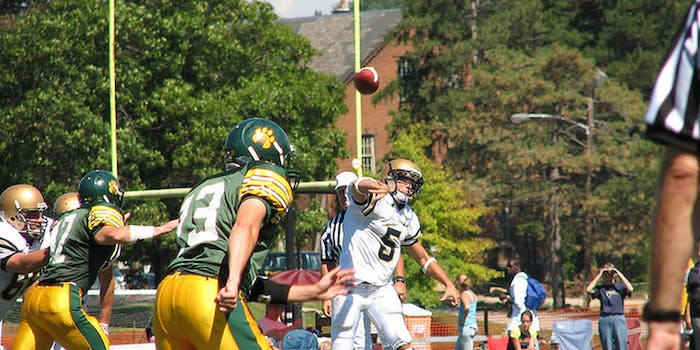 That's how an undrafted free agent makes a splash.

The results of Thursday night’s NFL preseason games were typically unremarkable: Stars dipped their toes into action for a series or two before donning a ball cap, and fringe pros put it all out there to raise eyebrows, or make a roster.

That includes Cincinnati Bengals second-year quarterback Matt Scott, currently jostling for third on the depth chart behind Andy Dalton and Jason Campbell. Down in an uncharacteristically high-scoring preseason game at Kansas City, Scott entered the game, puked on the field in post-Willie Beamen fashion, then hurled a game-leading touchdown.

Scott would go on to complete seven passes, including two TDs. That’s how an undrafted free agent makes a splash. But the Chiefs would defeat the Bengals 41-39 in meaningless preseason fashion.