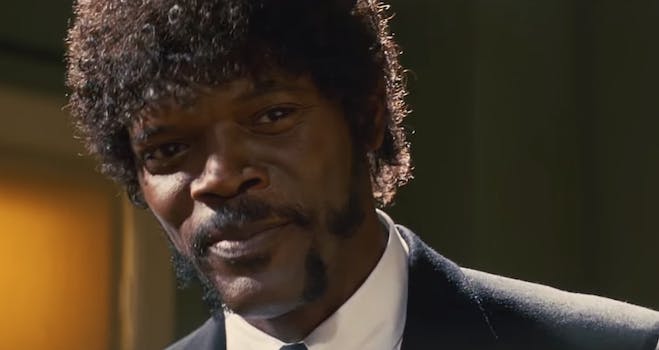 There’s a lot to be upset and angry about today, especially if you’re a victim of sexual assault. On Thursday, Christine Blasey Ford spoke before the Senate Judiciary Committee about a man who she says pinned her down on a bed and sexually assaulted her when she was a teenager. That man, as everyone knows, is Supreme Court nominee Brett Kavanaugh, who vehemently denied the allegations during his testimony. He might still be appointed to the Supreme Court—despite a possible FBI investigation.

So, what are we supposed to do? Besides screaming into a void, remembering to vote in the midterm elections, and practicing lots and lots of self-care, we can watch dumb parody videos. The best one from Thursday’s hearing is this mashup of Pulp Fiction and Brett Kavanaugh talking to the senators.

The editing is nearly perfect!

In case you forgot, here’s the original scene in the film, where Samuel L. Jackson‘s Jules Winnfield questions a guy named “Brett” before killing him.

It looks like the remix video was originally posted on Instagram by Elara Pictures, the production company behind the excellent 2017 film Good Time, before making its way to Twitter. It’s been a rough couple of days (/years), but this cathartic video offers a much-needed moment of lightness.

Update 9:30pm CT, Sept. 28: Samuel L. Jackson responded to the mashup video on Twitter. “Funny as hell, but there’s nothing funny about his Lying Fratboy Ass!!!” he wrote.

In a follow-up tweet, he clarified that he wasn’t talking about all frat boys.

Apologies to you Fratboys that aren’t liars & rapists, I cast that net a lil bit wide.