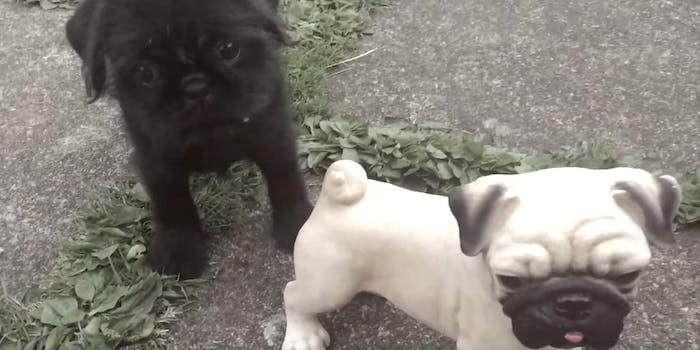 Dogs are...not the smartest creatures ever. But they're still amazing.

Dogs understand a lot of things, but one thing they’ll never understand is the concept of objects that look like dogs but don’t act like dogs.

Darcy Vader, an eager young pug puppy, was thrilled to meet a fellow pug. But all was not as it seemed. Try as she might, Darcy couldn’t get this pug to engage with her. She sniffed its butt, jostled it with her face, and ran circles around it, but it wouldn’t budge.