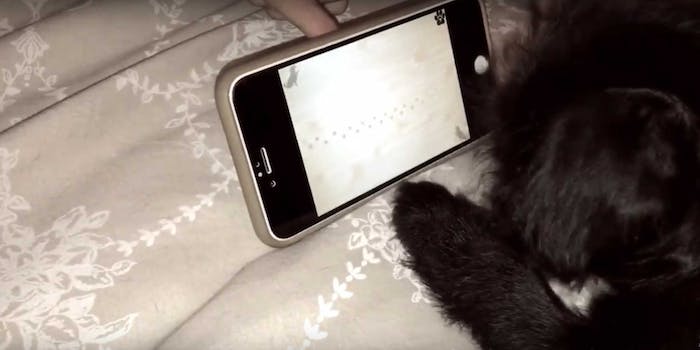 This puppy just can't get enough of its doggie iPhone game.

Aren’t millennial dogs the worst? They’re all addicted to their iPhones, completely ignoring the simple, old-fashioned pleasure of a game of fetch in the sunshine.

Okay, maybe not. But this pug sure does seem fascinated by iPhone games. He’s totally absorbed in catching computer-generated fish with his paws and nose.