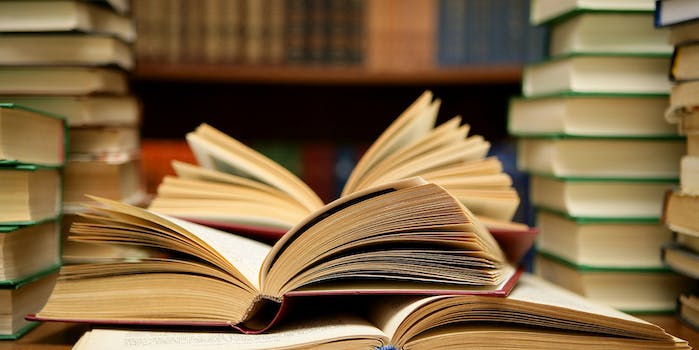 It’s time for publishers to break up with Amazon

Publishers have something Amazon wants, but doesn't have: books.

In the fight between Amazon and publishers—a brutal corporate war that has only gotten uglier over the last six months—there is no real underdog. When Amazon boosts the price of books from publisher Hachette or even outright hides them from search results, it might seem like the world’s largest online retailer bullying a creative industry leader like a mob boss might do to a local butcher.

Or maybe you see Hachette, which has $9.2 billion in revenue and hosts such blockbuster authors as J.K. Rowling and James Patterson, as the dying light of a felled behemoth striking out its last blows against Amazon (who has arguably made a future for books possible at all). There is a fair claim to be made that the book industry—like the film and music industries before it—must conform to our digital lives or perish. From this perspective, Hachette’s struggles with Amazon could sound like the cries of an aging, stubborn company suffering from Luddism.

Either way, two things are clear: Amazon doesn’t care about books as much as it cares about selling them—Jeff Bezos only chose books as his as Amazon’s initial primary focus because they’d be easiest to ship. Through the sufferings of their own publishing arm as well as their habitual mistreatment of publishers—some would say it verges on extortion—Amazon has shown a near disdain for the suppliers that helped it become the success it is today.

For us, the readers, there’s a cognitive dissonance created by the variety and ease of buying books over Amazon combined with their monopolistic behavior over the last few months.

If publishers wish to cure us of that confusion, a different path other than Amazon must be considered. Since its founding, Amazon has always been more interested in the value of user data over the value of any level of quality. Publishers, which as an industry must care about funding new talent and producing interesting content for a wide range of audiences, need to prove they can exist outside the yoke of a retailer uninvested in the priorities of the suppliers they rely upon.

Perhaps we could see Amazon a different way if this were the first time they had unfairly used their leverage to punish a publisher for demanding fair treatment. But back in 2010, Amazon pulled all books—physical or digital—from publisher Macmillan after the company demanded Amazon treat them like Apple had, allowing the publisher to set their own price. Macmillan actually won that stalemate, with Amazon stating the publisher “has a monopoly over their own titles”—which is a lot like saying they own what they own.

While it’s true that any creative industry is beholden to middlemen (see: The music industry’s unshakeable dependence on gatekeepers like Apple or Ticketmaster), the book and ebook industry is in a particularly strong position to manage its own life. People who read are a niche market. According to a 2013 Pew study, a quarter of Americans will go a year without picking up a book at all. Ebooks rest on an even smaller audience, with only 28 percent of Americans having read an ebook.

While those might seem like bleak numbers—and, in larger financial and cultural sense, they are—a small audience is more likely to be devoted to the products it wants. According to a HuffPo/YouGov poll, 28 percent of Americans read at least an average of a book per month, while 8 percent consume over 50 books per year.

As famed literary agent Andrew Wylie told The New Yorker, “What gave publishers the idea that this was some big…business? It’s not—it’s a tiny little business, selling to a bunch of odd people who read.”

Publishers should be able to seek relief from these devoted readers. This is the hope of OR Books, an independent publisher that only sells books online through its own site. Using small printers, OR only creates a physical book when one is ordered. But far from being a boutique, OR Books has nabbed several big-name hits, such as the latest book from Julian Assange. In its fourth year (a relatively brief time for independent publishers), OR netted its first profit in an industry that is notoriously unfriendly to newcomers.

“What if publishers were to sell e-books and print books direct, straight to consumers—and consumers were to get used to the idea of buying direct?” co-founder John Oakes wrote in Publisher’s Weekly, comparing Amazon to departed or soon-to-be-departed giants like Borders and Barnes & Noble. “Amazon is not the last word in bookselling.”

Which is true. With its book sales, Amazon is far, far more dependent on publishers than it would ever admit. The retailer’s own foray into the theater, Amazon Publishing, has largely been a dud. Amazon was found to lack the exact level of discernment that makes publishers like Hachette successful, throwing huge advances at books by James Franco and Penny Marshall with little concern as to what the public wanted; Marshall’s book sold a paltry 17,000 copies while Franco’s memoir sold an outright-embarrassing 5,000 copies. Last year, the man put in charge of the imprint left the company amid a flurry of disappointing internal reviews.

Despite its admittedly massive network of independent authors amid its ebook sales, Amazon cannot replicate the good publishers do for the book industry. Publishers, however, can easily replicate what Amazon does for them. A transition to straight-to-consumer sales would be very painful for some time. But when in just 17 years a centuries-old industry can be yanked around by a company it supplies, Amazon may be leaving them little choice.

Part of this necessary change can come from authors themselves. Traditional online etiquette has led most authors to link to their book’s Amazon page when promoting it, and that only empowers Amazon more. When Jezebel editor Anna Holmes found The Book of Jezebel had been tacked down in shipping (meaning buyers would have to wait weeks instead of a few days), she called the tactic “shameful behavior” but noted its potential impact. “We were always sending people to Amazon, more than any other retailer,” Holmes told The Guardian.

Book promotion as a whole would need to change in the face of an Amazon boycott by publishers. This was the thinking in June when satirist Stephen Colbert, himself a Hachette author, began actively promoting other Hachette authors on his highly rated show and selling their books on his own website. It worked, turning Edan Lepucki’s novel California into a bestseller.

While such publicity stunts will have diminishing returns, Colbert and Hachette are proving they do not need to be as beholden to Amazon as they currently are. Amazon, as its primary goal, wants you to buy nothing else from anywhere else. Their outright censoring of authors because of a publisher pricing dispute is not only outrageous but telling of Amazon’s confidence in its mastery of the retail market.

Earlier this week, Nobel laureate Paul Krugman compared Amazon to Gilded Age robber barons like Standard Oil and urged the federal government to mandate Amazon’s fair treatment of suppliers. “Don’t tell me that Amazon is giving consumers what they want, or that it has earned its position,” Krugman writes. “What matters is whether it has too much power, and is abusing that power. Well, it does, and it is.”

While Krugman’s comparison isn’t entirely without merit, publishers themselves could hurt Amazon more than the federal government ever could. Hachette and others could prove Amazon is beholden to those who produce what is sold, not the other way around. Such a victory could expose Amazon’s own addiction to controlling every good it sells, reminding other industries they can lead Amazon as much as Amazon can lead them.

Photo via Abhi Sharma/Flickr (CC BY 2.0)