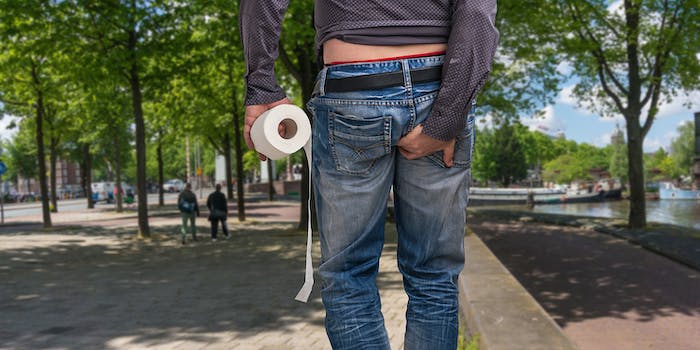 This morning, a news wire service in the U.K. dropped a doozy of a tweet.

A serial street pooher thought to have defecated in public dozens of times is being hunted by police pic.twitter.com/HhgtSr0KkK

The account didn’t link to any story or police report, so we aren’t really any closer to catching this man. But that’s not terribly important. What is important is all the poo puns that were flung back at Court News UK.

Get it? Because shit is poo.

They'll get to the bottom of it eventually

Get it? Because getting to the “bottom” of something means solving it, but also bottom is where the poo comes out of.

There is something about this that doesnt smell right.

Do you get it?

It’s because poo smells and that’s also a metaphor for something not being on the level.

skid marks were left at the scene….

Because an escaping criminal would flee fast enough in a getaway car to leave burnt rubber on the road, which is what skid marks are, and also because skid marks are poo.

Then there was this lady, who was just happy about the picture.

You seem to have caught a picture of him mid-poo, nice work 👍

Such sincere enthusiasm for a picture of a person pooping!

Now that is a thing of beauty.