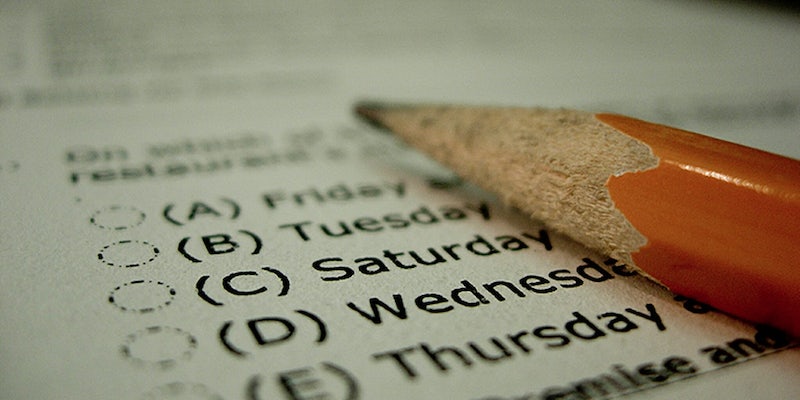 Bursting the bubble on the educational paradigm.

Back in my day—when us high schoolers would finish standardized tests after being explicitly told by the prompter to not, they repeated, not discuss the contents of the exam with one another—we’d nod in acknowledgement. Then as we walked out of the gym and classrooms we’d all be like, “I had no idea what catalepsy was even with those damn context clues” and “what was up with that passage about the shipwrecked monkeys?”

But of course today teens go straight to Twitter and Tumblr to whip up masses of memes, retweeting and giggling about whatever nonsense was served up to them in the form of a test. And the 2015 PSAT is no exception.

The PSAT, aka the Preliminary SAT that really just lets one douchebag in the class brag about his score when everyone gets them back, is taken by about 3.5 million students a year. And this year they’re all obsessing about some chick named Herminia who wrote some dank poetry.

Proctor: you may begin
Me: ok cool take your time
Proctor: you have 5 minutes left
Me: WHAT TF HERMINIA WYD #PSAT pic.twitter.com/IvHvi2zKIR

(Sorry, this embed was not found.)
[Placeholder for http://heartofholmes.tumblr.com/post/131177306324/in-that-moment-we-were-herminia embed]

From the memes that were making the rounds, I gleaned that somehow there was a big reveal with Herminia and her poetry and that “seditious” was used to describe the poems in the PSAT passage.

One teen explained the situation to the Daily Dot: “so basically one of the passages talked about a girl named herminia who’s [sic] father said that her poems had been published accidentally because of her brother. Instead of being happy for her, he was very upset. Unlike her mother who was happy for her. It could like risk their lives or something. Hahahah it was confusing but that’s what I got from it.”

So of course, the students have merged canon memes like the “Why You Always Lying” dude and Pepe with the Herminia character and other entities from the standardized test, and one student has kindly outlined what went down in the PSAT so all of us olds can somewhat understand all the hullabaloo.

I turned to one of my esteemed meme colleagues to discuss the implications of this Internet phenomenon occurring with the youth. 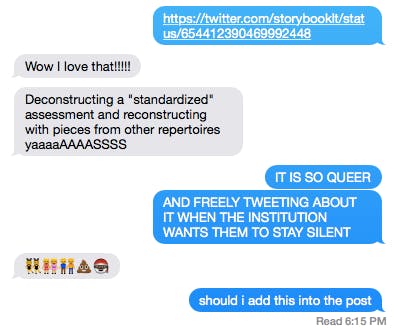 Teens, pushing against the hegemonic forces that instruct them to hush about Herminia—that’s where the real learning in this situation is for them. Not in the expected comprehension of supplied rhetoric that is considered “standardized,” but questioning and crossing those lines that were drawn for them. Not filling the bubbles with their No. 2 pencils, but bursting the bubble on the educational paradigm.

And this isn’t the first time. According to Meme Documentation, these memes have sprouted throughout the past couple of years. Hell, this sort of stuff has even gone back to 2008, when students taking Advanced Placement tests would write “This is Sparta!” to prank test graders.

The College Board may think it’s keeping test-takers quiet, but they take after Herminia.

Photo via shinealight/Flickr (CC BY SA 2.0)