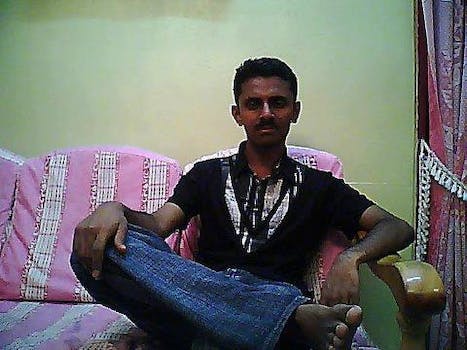 Jayaratnam Gopinath has been arrested, had his home vandalized, and is the subject of an incensed Facebook group for his alleged remarks.

A Malaysian man whose alleged, blasphemous remarks about Islam on Facebook went viral in that country has been arrested, had his house and car ransacked, and has a 6,000-member Facebook group out to get him.

It started when Jayaratnam Gopinath, 25, was reportedly incensed by Shah Kirit Kakulal Govindji, an Islamic speaker whose YouTube videos rail against Hinduism. While it’s unclear if Gopinath is Hindu or simply sympathizes with the religion, he allegedly retaliated with insults of his own. According to a screengrab of comments on a Facebook page, titled ANTI Shah Kirit Racist, Gopinath purportedly wrote:

“this cow eating smelly fuckers don’t have any other good things to do that’s why this kind of mother fuckers talks bad on other religions” and “this shit eater’s stupid religion must be insulted in the same way as I [am].”

The comments, clearly designed to anger Muslims, also include a sort of slash fiction—a narrative that puts two traditionally straight male characters in a romantic relationship—in which the Prophet Muhammad had sexual relations with God:

Gopinath was finally arrested and had his laptop confiscated Tuesday under Malaysia’s Sedition Act, which criminalizes a deliberate attempt to insult another resident’s religion. Police said he’d be detained until Oct. 1.

Some people, however, didn’t think police punishment was enough. A group vandalized Gopinath’s property Tuesday evening, though no one was home. A Facebook group called We Hate Gopinath Jayaratnam, which was created a few hours before the attacks and already has more than 6,000 likes, claimed responsibility.

Members of the group have filled the page with detective work on Gopinath. They’ve uploaded what seems to be a personal file that includes his legal address and date of birth. Other photos on the page include screengrabs of Gopinath’s Facebook activity, three photos of him, and amazingly, what seems to be photos of their attack on his home—“before police arrived,” according to a caption.

A police spokesman said that while Gopinath’s comments were “wrong,” citizens should have “let the authorities handle it,” Free Malaysia Today reported.

The spokesman also stated that he was filing a report on Shah Kirit’s anti-Hindu videos, which were posted in 2003.

Purported photo of Gopinath via KamiBenciGopinathJayaratnam/Facebook