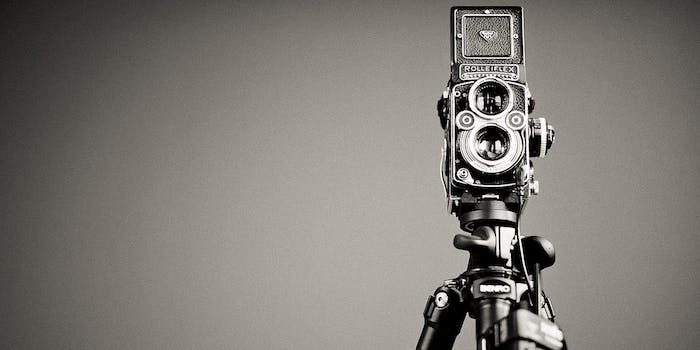 We need more than what AB1576 can provide.

AB1576 is a bill that aims to require condoms on adult film sets and regular testing for sexually transmittable infections among adult performers in California. On paper this sounds great, right? In reality, not so much.

The bill was approved by the California State Assembly recently and will be voted on by the State Senate Labor Committee soon. If you’re unclear on exactly what that last sentence means, welcome to the club. Like most people, I am not a lawyer or a politician. I don’t have the specialized education necessary to easily grasp legal language or the intricacies of the American political system.

But I do have a firm understanding of exaggeration and melodrama, and in the case of AB1576 and its opposition, both are apparent. This probably has something to do with the heartstring tugging usefulness of extreme scenarios.

Backing the bill are organizations like FAIR, which claim that “the result of this unsafe work environment is a public health crisis,” while opposition groups like Stop AB1576 argue that “there has been no transmission of HIV on a regulated adult set nationwide in 10 years.” While offering compelling soundbytes, both sides fail to convey the complicated truth of the situation.

More importantly, neither stance seems likely to achieve practical improvement of working conditions for adult performers. All the harm reduction plans in the world won’t make a difference if the groups they’re meant to help won’t comply with them. Neither will maintaining that the current systems work without acknowledging room for improvement.

Actively working performers aren’t frequently asked by either side what they want or what they think would actually improve job conditions. I think this is a problem, so I asked a bunch of my co-workers—people who have first hand knowledge of the adult film industry and are actually on sets taking the risks with their own bodies.

I first spoke with Chanel Preston, a performer and the vice president of the Adult Performer Advocacy Committee, who asserted that while the industry’s health and safety measures, while important, are from the biggest issue in adult entertainment. “I think the the biggest problem in the adult industry is lack of resources for performers,” Preston told me. “Performers need this to gain better awareness about their bodies and the choices they make in, and outside, the industry.”

According to performer and writer Conner Habib, film sets aren’t the only spaces that should provide resources to those working in the industry. “Education for performers and a list of performer- and sex-positive resources would be great, as well as a more thorough screening process for mental health of performers, but I think APAC is doing this sort of work and that it would be difficult to institute it via studio.”

Performers who also direct, like Courtney Trouble, tend to put extra effort into making sure performers are comfortable and being treated ethically when they’re in charge of the set. “I have implemented my own rules on my sets regarding safe words, and I have an assistant whose job it is to watch for any cues that the performers are losing consent or doing something that might lead to a safety problem,” Trouble explained. “Mandatory condoms and test-keeping aren’t going to stop un-safe things from happening on porn sets. It’s up to us as performers and producers to know what to look for, how someone could potentially get harmed on set.”

Conner Habib agreed. “Porn studios that work to create a healthy and fun atmosphere—one free of any snark, anxiety, or derision—those are the sets that feel the healthiest,” Habib said, and performer Ela Darling believes that the regulations like Kink.com’s Model Bill of Rights, outlining performer protections, go a long way toward creating the safe spaces Habib describes. “It makes me feel safe and reminds me that I retain agency over my body even when I’m working for someone else,” Darling said. “This practice, in my experience, fosters a more positive shooting environment and makes me feel more confident and empowered to give my best performance.“

The best sets to work on seem to be the ones where performers are treated like adults and valued workers. As pornmaker, editor, and performer Mickey Mod put it, “A culture shift in the way we treat performers from disposable labor fast food model of quick dirty and new to a valued resource.”

Some of the problems performers have with AB1576 are rooted in that same desire to be treated like a person. Peformer Sovereign Syre said she doesn’t want to be “harrassed” by the same people to whom she gives her taxes, and Mickey Mod agreed that the bill is a step in the wrong direction. Mod said, “[AB1576] further perpetuates the stereotype that performers are a diseased population that are not intelligent enough to take care of themselves.” That stereotype, in case you aren’t aware, is inaccurate.

Adult performer Chanel Preston put the issue plainly. “When people respect what they do and the people they work for, they tend to make more responsible decisions,” she said.

Basic human respect is key for improving working conditions on adult film sets, and to do that, we need more than what AB1576 can provide.

Stoya is an American pornographic actress, writer and model.