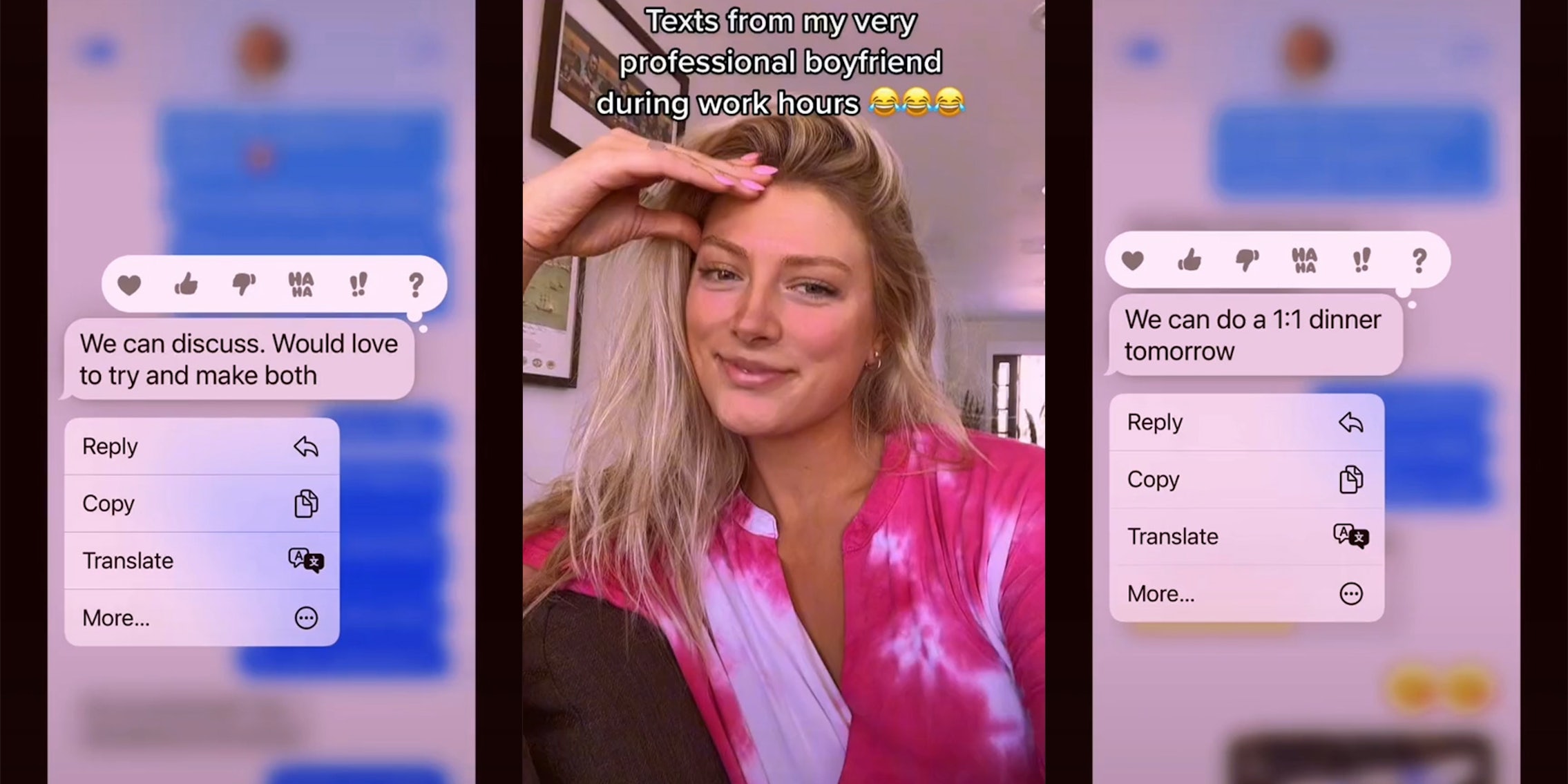 ‘NOT HIS 1:1 DINNER’: boyfriend sends overly professional texts during work hours to girlfriend

'This is my every single day correspondence.'

A woman shared how her boyfriend texts her during work hours, leaving viewers in stitches over his turn of phrase.

Posted by @heyitskelley, the video has drawn over 3 million views. In it, she shows viewers screen grabs of messages she was sent from her boyfriend while at work, such as “Work is still very much ongoing” or “We can do a 1:1 dinner tomorrow night.”

He’s a ten but he texts you like a boss 😜

In her comments section, the poster let viewers know that this isn’t just a one-time experience or a joke—it happens to her every day.

“Friends the funniest part about this video is that this is absolutely not a joke…this is my every single day correspondence,” she wrote.

Viewers voted on which phrases they liked best.

“Our mutual friend!” one commenter wrote. “I hope you responded “Thank you for the clarification on which Bryn, much appreciated.”

“I just KNEW he was going to throw a ‘circle back’ in there!” another commenter wrote.

“I love how he reminds you that Bryn is a mutual friend,” a commenter wrote.

Others shared that they also text in this manner and felt called out—but largely in a positive way.

“My LinkedIn messages with my closest friends look like this,” one commenter wrote.

“This is absolutely how I text during my day,” another commenter wrote.

“What does it mean if I don’t understand why this isn’t normal?” a commenter wrote.

The Daily Dot reached out to @heyitskelley via Instagram direct message but did not receive a response ahead of publication time.