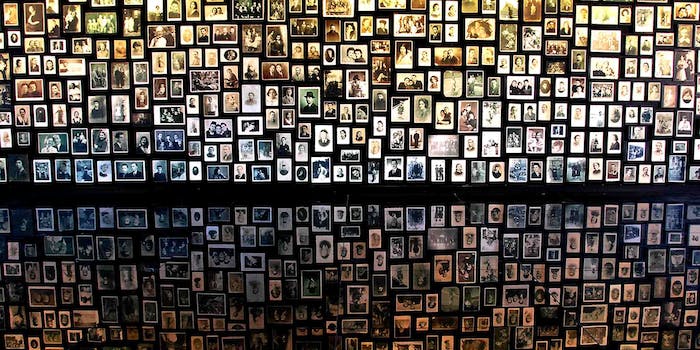 The problem with stripping Nazis of their Social Security

Everyone wants to see Nazis punished for their sins. But why did they get benefits in the first place?

It’s been a big year for Nazis. First the American Nazi Party decided to get all clever with that “grammar Nazi” tweet, and then Rolling Stone profiled the rise of more tech-savvy neo-Nazis in Germany. However, recent news indicates that 2014 isn’t going to be good for the forces of white hate.

Doing what he does best, Jon Stewart shed new light on a fascinating issue the other night, when The Daily Show ran a segment on the “No Social Security For Nazis Act,” which is pretty much exactly what it sounds like. Amazingly, this was one bill that Congress was able to unite on, with Stewart quipping, “See it turns out that after World War II, we granted citizenship to several thousand, let’s call them, European gentlemen… rather than go through the lengthy and difficult process of deporting them, the Justice Department convinced them to self-deport, in a sort of citizen severance package.” The end of the story: We’ve been giving these guys Social Security ever since.

As hard as it may be to believe though, the “No Social Security For Nazis Act” isn’t all good news. Stewart’s bit has rightly gotten a lot of attention, as it is nice to see Congress not only getting something done, but to see them get something done which will negatively impact Nazis—in theory, it’s kind of a win-win. But we should also take into account the lingering effects here. Because not only is this bill somewhat hypocritical, it could end up have dangerous consequences if we apply the same principles in the future.

U.S. Social Security law includes a provision wherein, if you are a “fleeing felon,” you are unable to collect benefits. But this applies to U.S. citizens, which the Nazis in consideration here are not.

So the first question we have to ask regarding this whole business then becomes: Why did we allow so many Nazi war criminals into this country in the first place? And, moreover, why was it so tough to get them out? The United States is the most powerful country in the world, yet for some reason, it appears that not only were the Nazis who came to America not prosecuted for their crimes, but we literally had to bribe them to leave. As Vox’s Max Fisher notes, “The Justice Department’s Nazi-hunting department had cut deals with Nazis in the U.S., many of whom had lived here for decades in freedom and comfort: Leave the country voluntarily and we’ll let you continue to draw Social Security benefits.”

And why exactly did we strike this toxic bargain again? “The first reason is that the United States can’t put them on trial; their alleged crimes took place in central Europe, far outside of U.S. jurisdiction,” writes Fisher, continuing, “What the U.S. can do to Nazi war criminals, legally, is deport them. But there’s a problem with that: If the U.S. wants to deport a Nazi, there has to be another country willing to take them.”

It’s clear that this matter is undeniably complicated; nevertheless, America’s actions in this instance only look worse in hindsight. Today, there are plenty who are happy to slow the process of immigration or expedite the process of deportation, as long as the parties involved are one of several shades of browns. And what’s really a slap in the face is that undocumented workers is in this country still pay $13 billion in Social Security taxes each year, even though they only get back $1 billion in Social Security benefits themselves. All this stands in stark contrast to our former immigration and deportation policies, which apparently had no problem letting anyone into this country as long as they were white and European.

But the more fundamental issue here is one of privacy and free speech. When we talk about taking away Social Security from Nazis, let’s not forget that we’re talking about taking away Social Security from a group of ex-citizens, who also happen to be war criminals. Where this could become problematic, though, is if we start to dissolve that line between citizens and ex-citizens. Imagine if we began taking away social security from people in this country, just because of recorded political viewpoints, or criminal records. That’s not to say we shouldn’t prosecute old people for outstanding crimes, especially if said crimes are serious enough to merit prosecution in the first place. However, Congress shouldn’t have the right to decide that something someone went to jail for in 1970 merits taking away their Social Security in 2014.

Because it’s hard enough to get Social Security benefits for ex-cons as it is. Felons are rarely allowed to go on disability, a provision which makes sense if their application for disability benefits is the result of an injury caused or worsened by the actual crime they went to jail for. However, in a testament to our ongoing mistreatment of prisoners in this country, you also can’t go on disability if “you were injured while in prison,” as Nolo.com reports. This means that “the impairment—or the worsening of an existing impairment—that you suffered while you were in prison cannot be used to obtain benefits.” Luckily, “you can generally receive benefits after being released from prison.” However, while you’re in prison, you pretty much just have to deal with that knife wound. Point being, screwing with the system any further could have disastrous results for many people.

On top of which, digging into someone’s past to find a reason not to give them Social Security is a clear violation of one’s constitutional rights. Not only does this scenario find the government putting their nose where it doesn’t belong, but it essentially outs who they’re looking at as a former criminal.

And what of people who used to belong to radical organizations? The Ku Klux Klan are a horrible, heinous group of individuals, whose long history of racism is a stain on America to this day. That said, ex-Klan members, or even older Klan members, have as much right to Social Security as anyone else, especially if they never committed a crime. Obviously, they should still be called out as being terrible people whose perspectives don’t deserve a modicum of respect. But if we start taking away Social Security from every racist in this country, there are going to be a lot of old people without Social Security out there—that’s the sad reality, on multiple levels. And to suggest otherwise is to impose on free speech.

It is virtually impossible for any thinking person to argue with the idea that we shouldn’t be giving Social Security to Nazis. But we mustn’t lose sight of the implications the “No Social Security For Nazis Act” could have in the process. Frustrating as it is sometimes, America was built to accommodate people with a wide variety of beliefs. We were also built on the principle of giving everyone a second chance, much as it doesn’t feel like that occasionally. The key thing to remember is that all people should be able to get Social Security if they’re eligible. It’s an important program, and every U.S. citizen should be able to reap the rewards.