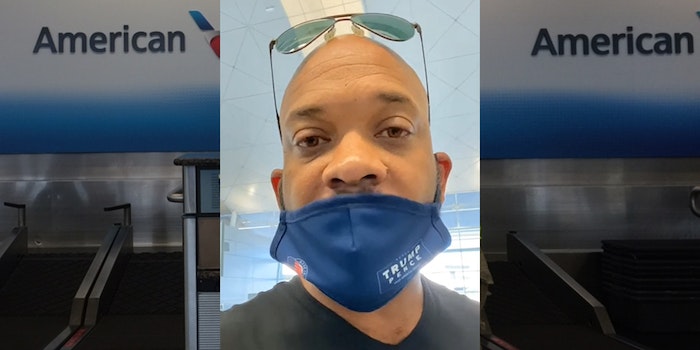 'Welcome to your destination, the consequences of your actions.'

An American Airlines customer received a rude awakening when he attempted to board his plane and learned he was barred from all future flights for previously refusing to wear a mask on board.