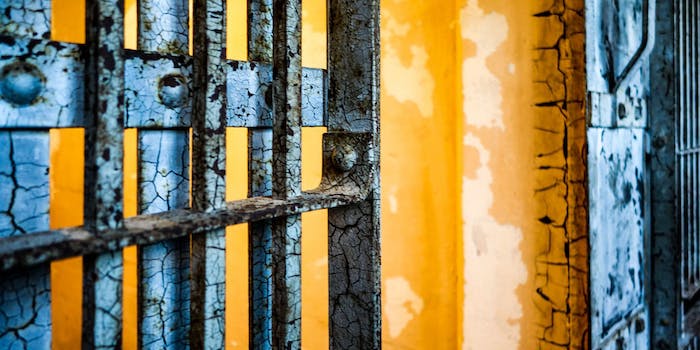 A prisoner was dragged 107 feet by guards and died 9 days later—where’s his hashtag?

Our hashtag campaign against injustice has a crucial blind spot.

Back in October, 59-year-old Wayne County Jail inmate Abdul Akbar suffered multiple bodily injuries—after prison guards tried to restrain him. Reports obtained through a Freedom of Information Act request claim that Akbar became violent after he overslept and missed breakfast, destroying a computer and resisting guards’ orders when they tried to control the situation. Video footage from jail cameras—which has since gone viral—showed Akbar’s unconscious body being dragged 107 feet across the floor to an elevator, clearly violating proper protocol regarding prisoners’ rights.

Although prisoners do sacrifice many of their rights upon being incarcerated (such as the right to vote or purchase certain weapons), they have not forfeited the right to have their bodies treated with respect. As the Supreme Court explained in its 1987 ruling Turner v. Safley, “prison walls do not form a barrier separating inmates from the protections of the Constitution.” Unfortunately, as a string of incidents involving prisoner abuse by corrections officers has made clear, this protection is not widely recognized by the modern prison-industrial complex.

At a time when #BlackLivesMatter shines a light on police brutality, it’s time to recognize that injustice also reflects on our prison population: Prisoners lives’ matter, too. A handful of Twitter users have been hashtagging these everyday abuses, but #PrisonersLivesMatter has yet to go viral—stirring public debate and creating a widespread movement for reform. That needs to change.

Video footage from jail cameras—which has since gone viral—showed Akbar’s unconscious body being dragged 107 feet across the floor to an elevator.

The number of incidents indicating this trend is disturbing and growing. At the Fishkill Correctional Facility in Beacon, New York, a mentally unstable inmate named Samuel Harrell was kicked and punched to death by more than 20 officers—who were nicknamed “the beat-up squad” for their zeal in using physical force to subdue prisoners. In Georgia, four corrections officers were sent to prison after pleading guilty to regularly beating up inmates and then covering up the abuse. The most notorious incident involved a prisoner who was handcuffed, escorted to a gymnasium where there were no surveillance cameras, and then beaten to the point that he received traumatic brain injury.

Meanwhile, a Maryland inmate named Sandy Brown was held in administrative segregation solely because she was transgender, where she was subjected to physical and verbal harassment for more than two months. In a landmark decision, Brown recently won her suit against the correctional facility.

Sandy Brown is the first trans person to win a legal battle against prison officials for PREA. #movingforwardhttp://t.co/Q6LjJbPyGN

But in Akbar’s case, despite telling medical personnel that he “got stomped in the face” and was beaten by multiple guards, he never received any tests for possible bleeding in his brain (and the Wayne County Medical Examiner insists there was no evidence of such during the autopsy). He also reported a sore jaw and pain in both his left leg and the right part of his chest. Despite dying of a heart ailment, the county prosecutor decided that there couldn’t have been a connection between the injuries he sustained and his subsequent death.

Along with violent assault, the most common form of inmate abuse is sexual assault. Although corrections officers used to overwhelmingly deny that prison rape was a prevalent problem, the Bureau of Justice Statistics has discovered through a series of studies that sexual assault is actually disturbingly common in American prisons today—with mentally ill inmates disproportionately likely to experience sexual abuse. In 2011 alone, more than 200,000 people were sexually abused in American prisons, and nearly half of all the sexual assault allegations made that year were directed against prison guards and staff.

What can Americans do to address this problem?

To begin, we need to acknowledge that there is a big difference between private, for-profit prisons and publicly-owned facilities. For instance, a study in Mississippi back in 2013 found that inmates were two to three times more likely to be assaulted in that state’s private prisons than they were in the public ones.

The most notorious incident involved a prisoner who was handcuffed, escorted to a gymnasium where there were no surveillance cameras, and then beaten to the point that he received traumatic brain injury.

Even setting aside cases of officer-on-inmate abuse, the data still indicates that prisons are more likely to be violent when privately managed. A national study in 2013 determined that assaults on guards by inmates were 49 percent more frequent in private prisons, while assaults on fellow inmates were 65 percent more common. The report also found that private prisons were more likely to withhold medical care after an inmate was injured, presumably to protect their bottom line.

Similarly, a report by the American Civil Liberties Union (ACLU) found that abuse against immigrants is rampant in privately owned prisons, from substandard living conditions and overcrowding to overuse of isolation units against inmates. Considering that the prison-industrial complex has already caused America to develop the world’s largest prison population, the strong correlation between inmate abuse and private facilities only reinforces the need to end the practice of allowing prisons to be run for profit.

In addition, we need to confront the cultural assumptions that allow us to turn a blind eye to prisoner abuse. There is an undeniable stigma attached to going to prison, one that strips prisoners of their humanity. This makes it exceptionally difficult for ex-cons to obtain gainful employment and encourages America to employ penal practices (such as the death penalty) that have been abolished in most other developed nations. After all, if prisoners are less than human, their deaths don’t matter as much.

In addition to legacies of systemic racism, one could argue that the rampant stories of racial profiling and excessive force among police officers against unarmed black men they suspected of criminal behavior—from Michael Brown to Freddie Gray—is part of this same larger story. After all, if so many Americans are willing to believe that a person’s basic rights can be forfeited simply because they are suspected of wrongdoing, how easy will it be to convince them that someone who has already been convicted is still entitled to not have his or her body and mind subjected to abuse?

In the end, the same Twitter users and social justice advocates who stand with hashtag campaigns like #BlackLivesMatter have a responsibility to support everyone who is harmed by America’s systemic injustices. Until we address the brutality that takes place every day behind bars, we will continue to fight for some Americans’ safety while continuing to ignore others.