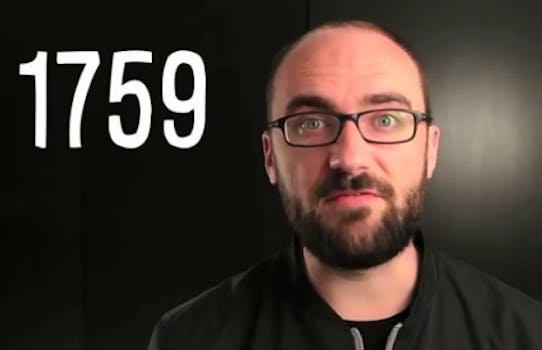 Vsauce did the math on how much Wikipedia's 2 billion words would weigh.

YouTube channel Vsauce is the premier reference work for imaginative brainiacs who get drunk and start dropping wonderful questions across the Internet.

How much would Wikipedia weigh? Is eating yourself a viable survival strategy?  If you assume the Earth is spherical and you strap a belt around the equator–then add another six inches to it–how much will it rise above the Earth’s surface?

You may have never thought to ask these questions yourself, but if you possess even a basic human level of curiosity, you will agree that they all must be answered right now.

Thankfully Vsauce, which (quite accurately) bills itself as a purveyor of “mind-blowing facts,” is on the case. Check the video below for these answers plus a few others.

Here’s one: The English Wikipedia has about 2 billion words, which would translate into the equivalent of 1759 volumes of the Encyclopedia Britannica. Dump those on an imaginary industrial-sized scale, and it would report back 7,000 lbs. That’s nearly twice as heavy as most cars.