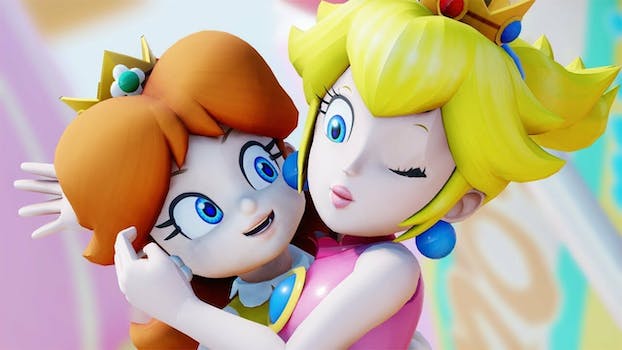 Princess Peach and Princess Daisy are royalty in the Mushroom Kingdom, but they’re also good friends, obviously. While we typically see a lot of Peach, we don’t see her with her brunette friend Daisy enough. Twitter user @spidhrboy has blessed us with a solution, giving Peach and Daisy a new way to hang out, while birthing a hilarious new meme in the process.

A new Twitter account takes footage of both princesses getting their groove on and has them bust a move to whatever song you request. So far, we’ve seen them getting down to Beyoncé’s “Formation”, Britney Spears’ “Piece of Me,” and even K-pop sensation Blackpink’s “DDU-DU DDU-DU.” There’s no explanation given. But do we need one? It’s Peach and Daisy dancing. And they know they look good.

Weirdly enough, the music always seems to match up with their dance moves perfectly, too. Just look at them busting it out. They’re amazing dancers, it turns out. Someone get us a Peach and Daisy rhythm game, STAT.

If you stan K-pop group Loona, as you should, they’re here, too.

If pop isn’t your thing, there’s a variety of other songs:

Who knew these princesses’ musical tastes varied so much? Biggie’s always an excellent choice to shake it to.

If there’s a song you want to see Peach and Daisy feel the rhythm to, you might want to start writing down a list for future inclusion. Pop, rap, rock, and more have been covered so far, so your favorite should be fair game as well!

Right now, it looks like @spidhrboy’s DMs are closed, but when they’re open again, you might want to send over a request for your own personalized video. We’d imagine their DMs have probably been blowing up, though, so you might be waiting a little while to be blessed with a new video.