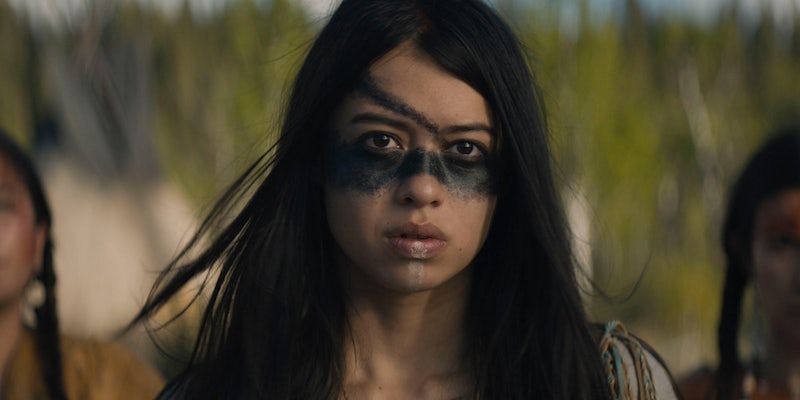 After 'Prey' inspired sexist backlash on YouTube, fans are criticizing the idea that the heroine is a 'Mary Sue.'

Rebooting the Predator franchise with a young Comanche protagonist, Prey is earning praise for its grounded action scenes, cinematography, and representation of Native American characters. It’s a refreshing twist on Predator’s action-horror formula, but it’s also attracted some predictable pushback.

Basically, some people just can’t handle an action movie with a woman of color in the lead role.

There’s a thriving industry of YouTubers specializing in this kind of criticism, focusing on takedowns for media franchises with female and/or non-white leads. Popular targets include Captain Marvel and the Star Wars characters Rey, Finn, and Rose Tico, with “Mary Sue” as a common derogatory label for female heroes.

It’s sadly no surprise that Prey’s heroine Naru inspired this kind of negative attention, sparking a debate this weekend about the use of the term Mary Sue. This conversation partly sprung up thanks to a YouTube video with 1.4 million views (posted weeks before the film’s release), deriding Prey as “a fucking intersectional feminist struggle session” and complaining that it’s “ludicrous” for a petite Comanche woman to face up against a Predator.

Mary Sue was originally a fanfiction term, referring to idealized self-insert characters written by teenage girls. A typical example would be an absurdly talented and beautiful girl who enrolls at Hogwarts and instantly becomes BFFs with the entire Harry Potter cast.

This kind of wish-fulfillment fanfic is eternally popular among younger writers, and classic Mary Sues are pretty easy to recognize. However in recent years, “Mary Sue” has been repurposed by media critics as a catch-all descriptor for female characters who are perceived as too powerful or flawless. It’s invariably a sexist dog whistle, exemplified by complaints about Rey’s arc in The Force Awakens – an archetypal heroic origin story that directly echoes the roles of Luke and Anakin Skywalker.

These heroes are defined by their superhuman abilities, and their stories are satisfying because we want to see them triumph over adversity. So when Prey fans saw that Naru was facing this kind of Mary Sue-style criticism, they were quick to point out the double standards.

Prey is actually a perfect illustration of why the Mary Sue label falls flat because the film so clearly pays homage to the original Predator. Both are survival thrillers about a hero who slowly learns the Predator’s skills while other characters are picked off one by one. Naru and Arnold Schwarzenegger’s Major “Dutch” Schaefer are both outgunned by the Predator’s alien technology, but ultimately win due to their ingenuity.

The first half of Prey explores Naru’s learning curve as a young hunter, figuring out smart, plausible ways to escape life-threatening situations like getting chased by a bear, falling into a swamp, and so on. It’s a fresh take on a franchise that typically focuses on men with guns, but it ultimately offers the same appeal, pitting a tough-yet-fallible protagonist against a seemingly-unbeatable foe.

So when people accuse Prey of being “unrealistic” because it stars a Native American woman, it’s pretty obvious what they’re really complaining about.