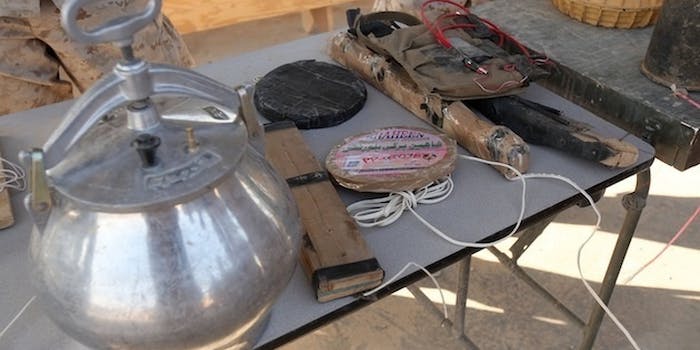 "It's not so much about what the bombs tell us about the bombers in Boston," Adam Clark Estes reports. "Rather, it's what they don't tell us." 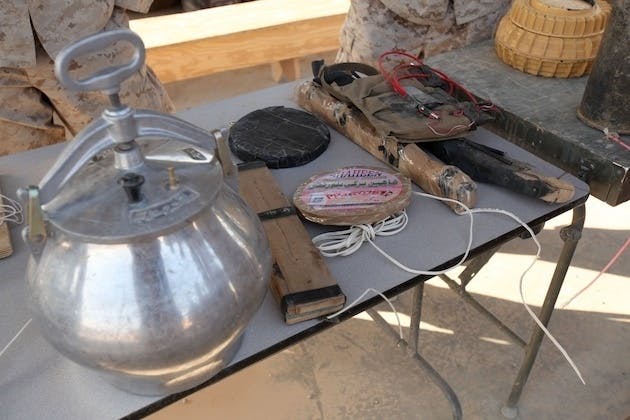 A little less than 24 hours after the explosions, details about the bombs that turned the Boston Marathon into the scene of a massacre have started trickling out. According to multiple unnamed sources familiar with the investigation, there were two devices—one for each explosion—that they believe were six-liter pressure cookers, one filled with nails and the other with metal shards and ball bearings, attached to a rudimentary kitchen timer and hidden on the ground near the race course. Others say that the pressure cookers were in backpacks, but that detail isn’t as important as the bombs themselves.

So we’ve got some details to work with, but honestly, we don’t have much. This is a dangerous situation. It’s the perfect recipe for speculation, finger-pointing, fear-mongering and straight up racism (among other things). And that’s exactly what happened when the details of the pressure cooker bombs emerged.

It’s not so much about what the bombs tell us about the bombers in Boston. Rather, it’s what they don’t tell us. They don’t tell us that it was the Taliban, despite what scores of idiots on Twitter are saying. In fact, the Pakistani Taliban quickly denied involvement in the attack, though there are other branches of the organization that haven’t spoken up.

Al Qaeda’s been known to employ the pressure cooker bomb technique, too, but federal authorities have said very plainly that they have no indication that Al Qaeda was involved. One official told The New York Times that intelligence agencies picked up “no pre-attack chatter” about Boston, suggesting that this attack didn’t come from a terrorist organization at all—at least not one that the government is watching.

Video of a military bomb squad disposal of a pressure cooker IED in Afghanistan. This IED contained about 25 pounds of Home Made Explosives (HME), which are normally packed with A.N.A.L. (Ammonium Nitrate and Aluminum).

The fact of the matter is that pressure cooker bombs are so cheap and easy-to-make that these details don’t tell us much at all about the bombers. The white smoke that filled the air after the blasts doesn’t explain anything about what explosive was used. Reportedly, the bomber(s) used kitchen timers, which are even less sophisticated than the very unsophisticated Casio watch technique favored by Al Qaeda. The rest of the materials could probably be found in the majority of kitchens and garages around the world, and the instructions are a Google search away.

All of these details explain why the government’s been worried about pressure cooker bombs for years. It didn’t help when authorities found a pot, shrapnel, and instructions on how to assemble a bomb printed in Al Qaeda’s magazine Inspire that belonged to Fort Hood shooter Nidal Hassan. The failed 2010 Times Square bombing in New York City also involved a pressure cooker that had been stuffed with firecrackers.