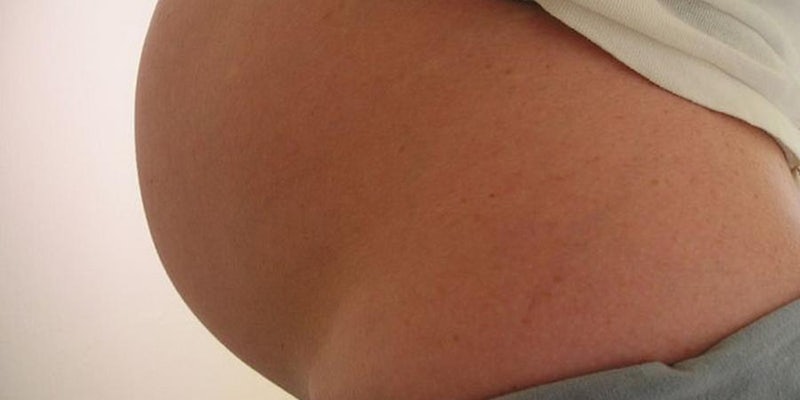 In a horrifying twist, the mom was also reportedly involved.

It’s the worst Florida Man story of all time: A 32-year-old Miami-Dade County man has been arrested and charged with trafficking for allegedly imprisoning his pregnant girlfriend and selling her to pregnancy fetishists on Craigslist.

The Miami Herald reports that Justin Robert Muoio forced his 23-year-old girlfriend to advertise herself as a sex worker for “fetish clientele” and demanded that she have sex with them for two months while she was pregnant in 2013.

Prior to that, the woman alleges that since 2009, Muoio had “physically forced her” to work as a sex worker for an agency called VIP Escort Services, where “she would average 8 to 10 dates a day,” six days a week, according to court documents.

Muoio was arrested back in August during a domestic dispute with the woman, which the police reported as a “heated altercation … related to infidelity.” When the woman tried to escape, Muoio dead-bolted the door and refused to allow her to leave. She eventually escaped by climbing out of a window while Muoio was talking to his mother.

It gets even worse: Muoio’s mother, Louise Henig-Muoio, 66, an “independent real estate professional” in Miami/Fort Lauderdale, was allegedly also involved, with cops saying she threatened the woman and refused to allow her to leave. Henig-Muoio has been arrested and charged with false imprisonment.

Muoio is currently on house arrest while awaiting trial on charges of false imprisonment and deriving financial support from prostitution.