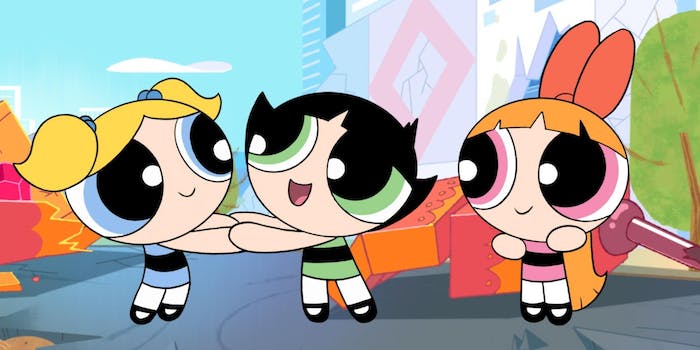 Does anyone really want a show about the Powerpuff Girls being miserable grown-ups?

Once again, Hollywood is embracing self-parody in its relentless hunger for gritty reboots. The Cartoon Network classic Powerpuff Girls is getting an adult live-action remake at the CW, raising the question: Who, exactly, is this for?

Variety describes the reboot as an “updated” continuation of the Powerpuff Girls cartoons, a lighthearted series about three little girls with superpowers. The original Powerpuff Girls are fun, perky, and enjoy their crime-fighting antics. But the gritty reboot boldly posits… what if they didn’t? Apparently Blossom, Bubbles, and Buttercup will be reimagined as “disillusioned twentysomethings who resent having lost their childhood to crime fighting.” Sure.

Overseen by Greg Berlanti’s production company (the people behind numerous DC Comics shows and The Chilling Adventures of Sabrina), the Powerpuff Girls reboot will be co-created by Heather Regnier (Veronica Mars) and Diablo Cody (Juno; Jennifer’s Body). Admittedly that’s a great creative team, but once again: Why? Isn’t the whole point of the Powerpuff Girls that they’re silly, childish, and upbeat? TV networks seem convinced that millennials want to see grim, aged-up remakes of vintage children’s media, but while Riverdale is a hit, “Powerpuff Girls, but make it miserable” still feels like a weird choice.

Whenever we hear about a reboot that bears no resemblance to the source material, it’s important to remember this: Hollywood studio execs are terrified of new ideas. A lot of these shows have less to do with any demand for nostalgic reboots, and more to do with recycling intellectual property with an easily-advertised brand. For instance, you clicked on this post because it said “Powerpuff Girls.” You might not have noticed a similar announcement for an original TV show about an unnamed trio of former child superheroes. Shows like this rely on people having a pre-existing attachment to the characters, even if their interpretation is completely different from what you remember watching as a kid.