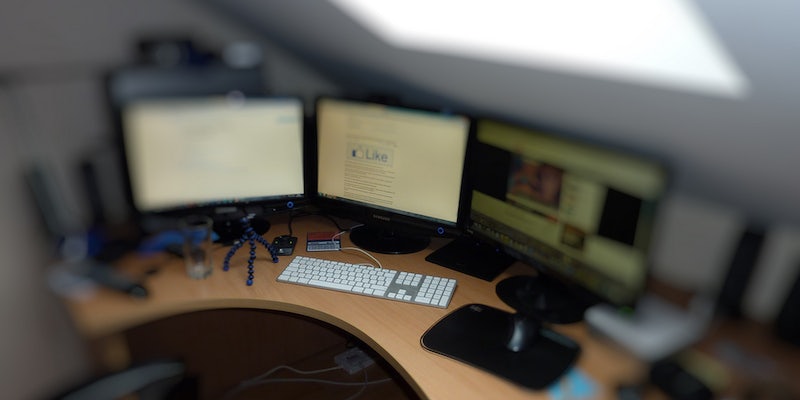 We should keep our work lives and personal lives separate.

A new tool called Five Labs claims to be able to analyze the words you use in your Facebook posts to determine your personality. If you think that sounds like pseudoscientific rubbish, I wouldn’t blame you—such things usually are.

But Five Labs is based on a large study published in the journal PloS One by researchers from the University of Pennsylvania and the University of Cambridge. One of the study’s authors, H. Andrew Schwartz, serves as an adviser to Five, the company that created Five Labs.

The personality traits the researchers used are known as the Big Five, and they include openness to experience, conscientiousness, extraversion, agreeableness, and neuroticism. These five traits crop up in personality research conducted all over the world because studies have shown that many personality-related adjectives in various languages can be grouped into these same five core characteristics.

The tool is still in the beginning stages and isn’t a hardcore hiring weapon yet, but it’s clear how it could be. It could also poses problems because who you are online might not be who you are in an office setting. Maybe you’re awesome at work, but you like to go home and be crazy on the Internet? Technically, non-friends can’t see what you post on Facebook—but let’s be honest, the Internet is open to whomever is interested enough to crack your code.

That last sentence raises some concerning and frankly creepy implications. While it’s generally a good idea not to put things on the Internet (under any privacy setting) that would be particularly deleterious if they were to become widely known, we also shouldn’t consider it ethically acceptable for employers to hack into interviewee’s private online accounts in order to test their personalities.

I’d also question the hiring skills of any employer who’s that desperate to access a potential employee’s Facebook; their education, references, certifications, past work experience, and interview should really be sufficient.

This is dismaying, but not surprising, given that the U.S. seems to have a uniquely work-obsessed culture. For instance, Americans work more than residents of any other industrialized country, and they take the least vacation time. The U.S. also lags behind other comparable countries in terms of laws regulating sick leave and parental leave.

Being expected to take your office self home and into your online life isn’t nearly as bad as not being able to take paid leave to take care of your baby, obviously. But the two could be symptoms of a general cultural inability to recognize that it’s healthier to work to live rather than live to work.

Even if social media profiles are a good indicator of Who People Really Are, and even if Five Labs accurately assesses Who People Really Are, it’s not always clear that employers are prioritizing the right traits in their hiring decisions. Many of these decisions seem to be based on who seems like “the right fit” for the company, who seems most extroverted, and who generally feels most pleasant to interact with.

While nobody wants to work with someone who’s grouchy and mean, extraversion and agreeableness aren’t the only important personality traits for a good employee. Conscientiousness, which encompasses personality traits like self-discipline, dependability, honesty, and organization, might be more important in the long run. We’ve all probably worked with someone who consistently messes things up but is such a nice and pleasant person that nobody would ever think to fire them. Situations like that can be really frustrating and harmful to the company, too.

Introversion, too, is an undervalued trait. As Susan Cain argues in her TED talk and the book on which it is based, introverts are valuable to every workplace. Many of history’s best leaders and thinkers, such as Rosa Parks and Charles Darwin, tended towards introversion. Unfortunately, Cain notes, schools and workplaces in the United States are set up to value extroversion more than introversion and to prioritize the needs of those who are more extroverted.

Of course, personality is vastly more complex than five general traits, and even if Five Labs works the way its creators say it does, it will not be able to present a nuanced portrait of the Facebook user it analyzes. Smart employers will understand this and use it wisely, if at all, when evaluating candidates.

Better yet, they should realize that the best employees are those who have balanced lives and engage in self-care—something that, for most people, means relaxing and being themselves when they leave the office.