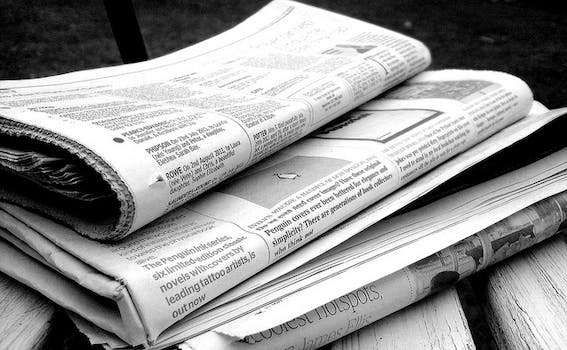 Why is everything on your Facebook feed so happy?

Facebook has made no secret of its desire to mature into a content delivery system, positioning itself to replace paper boys and traditional news sites as the way most of us get our news.

But this change is not just superficial. New research suggest the news we get from our friends on Facebook and other social media sites is measurably more positive, exhibiting a break from the traditional “news values” that have typically decided what is or is not “newsworthy.”

In his new book, Contagious: Why Things Catch On, Penn University Professor Jonah Berger details the findings of multiple research studies that examine what causes us to share information with one another.

“With all the emphasis on ‘It bleeds, it leads’ in traditional news, it was surprising to see that when it comes to sharing, positive news is actually more likely to go viral,” Berger told the Daily Dot.

“If it bleeds, it leads” is the mantra ascribed to conventional news editors to describe their perceived preoccupation with shocking news about crime, wars, and disasters. But Berger said the business model of traditional news outlets is what has created this definition of newsworthiness. It’s all about getting eyeballs, he said. People will tune in to hear negative news, but they are more likely to share positive news.

Take for example the current No. 2 post on social-sharing behemoth BuzzFeed: “25 Things That Will Definitely Make You Smile.” (No. 1 is about dogs making funny faces.)

Traditional outlets don’t necessarily care if a story elicits a negative emotional response from their audience. That’s the difference between traditional news outlets and social media users who share news. Social media users typically have an investment in how their friends and family feel, and thus don’t want to be perceived as “Debbie Downers” online. Berger said if anything, social news dissemination exhibits a “Polly Positive bias”

To verify this theory, Berger and his research partner, Katherine Milkman, examined how a particular set of stories from the New York Times website where shared over social media. Correcting for the placement of news stories on the Times site, Berger and Milkman found much higher rates of sharing for stories that were generally positive and intriguing, the kinds of things that you might actually bring up with friends in conversation.

Hence, researchers found a much higher rate of sharing for science stories than non-science stories. Milkman said those stories were much more likely to inspire feelings of awe and wonder.

“I think a key takeaway from our research is that printing positive as well as negative news makes sense if a primary objective is to encourage readers to share content,” she said. “Our work also highlights the benefits of writing stories about science and discovery given that awe-inducing stories are among the most widely shared.”

That’s not to say that negative news has no place in the modern age. The researchers found negative stories that inspired feelings of anger, shock or anxiety were still shared quite a bit. However, stories that just left readers feeling sad were usually the least shared. Still, even some sad stories were more likely to be shared than stories that were completely neutral. Milkman said eliciting an emotional response was key to a stories viral potential.

This all raises the question of whether or not changing social media trends will lead to a watering down of news. But the researcher say enough news is still obtained through old-fashioned outlets to create a balance.

“Of course it remains important to cover all the news that’s fit to print (sad or not),” Milkman explained. “Keep in mind that more emotional stories are more widely shared than neutral stories, so sad news beats some news. It’s just that sad news is less viral than news tinged with other emotional characteristics.”