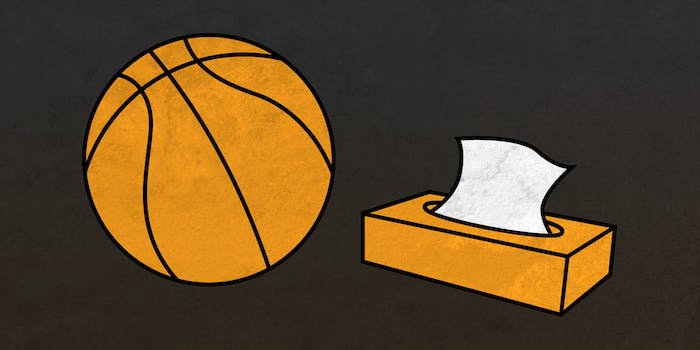 Right back up after midnight, though.

With the Cleveland Cavaliers duking it out against the Golden State Warriors in Game 7 of an historic NBA Finals on Sunday night, people were understandably fixated on the basketball game instead of playing with their own balls.

Don’t cry, LeBron—you did a lot more for Cleveland than just win the championship.