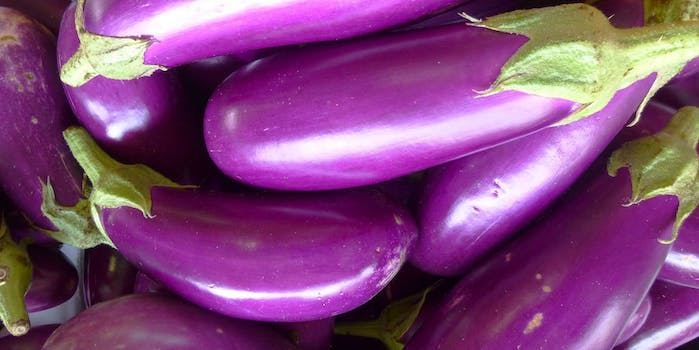 From the eggplant to getting off.

On my first try, texting the number the crossed swords emoji presented me with “BRUTAL FLOGGING AND NIPPLE TWISTING.” And the computer monitor emoji led me to “sexy secretary MiaMaxxx part 2,” which means there’s a whole part 1 out there on the Interwebs, just waiting to be flung into someone’s texts with the same Webcam category request.

Confident that I’d continue to get links corresponding to the proper emoji, I tried experimenting with double emoji. Unfortunately, my query did not work, and I ended up just getting sent a random video.

Then, as the intrepid explorer that I am, I tried to find Easter egg emoji. 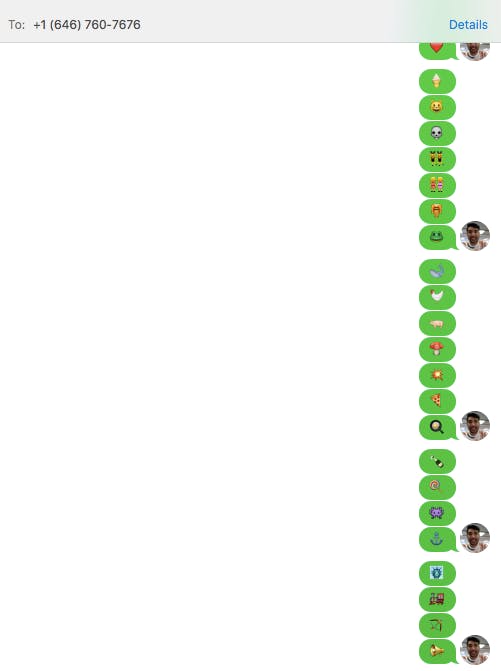 I figured I’d try a variety of different emoji, from ones that made sense to ones that would be a little bit off the beaten trail. Would the two-girls-holding-hands give me twin smut? Would texting a certain animal emoji unlock furries? 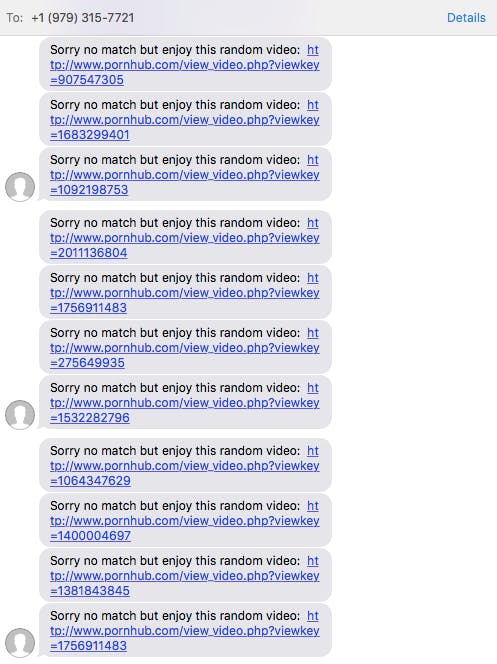