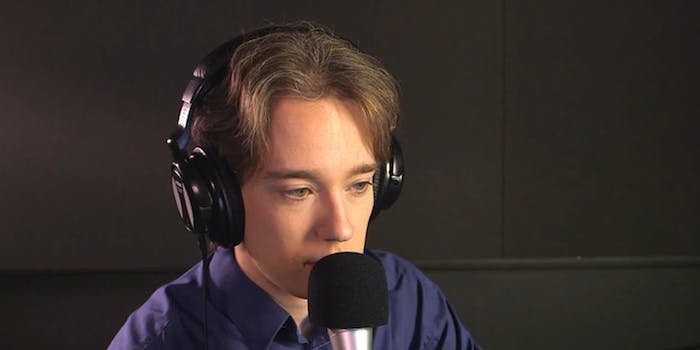 The safe-for-work YouTube video is put together in a clever way, so it doesn’t actually describe any of the business at hand in graphic detail, cutting away at the last second.

Small Easter egg: The sign language interpreter is signing the letter O. Over and over.