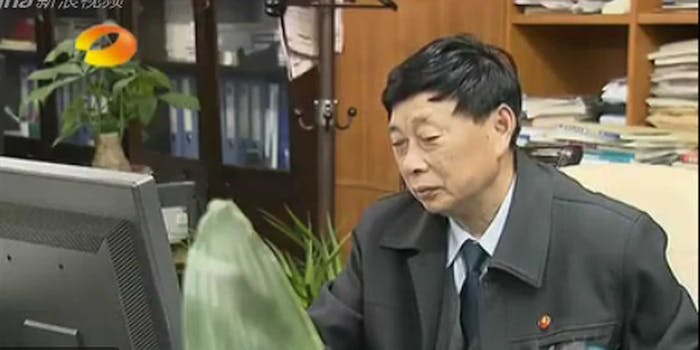 Liu Xiaozhen sacrifices the purity of his soul for the good of his country.

Liu is no ordinary anti-porn foot soldier. He apparently won an award back in 2008 for an essay he penned on his profession, and his provincial crew has looked over 13,000 confiscated videos in the first quarter alone.