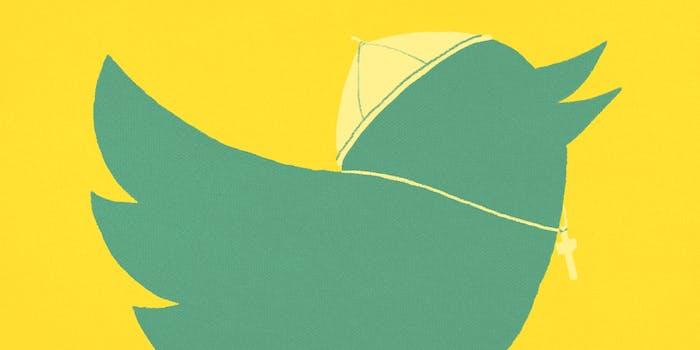 The good, the crude, and the existential.

Pope Francis is known as a man of firsts. He’s the first pontiff to say that atheists may ascend to the kingdom of heaven. The first to auction his Harley-Davidson motorcycle and give the proceeds to a soup kitchen in Rome. Hell, he’s the first to pick the name “Francis.” And, as a leader with his holy fingers on the pulse of the planet, he’s also the first to fully embrace Twitter as a pulpit.

Amen brother! RT @Pontifex: Indifference towards those in need is not acceptable for a Christian.

In his three years on the platform, Pope Francis has tweeted only 524 times—about once every two days. Each post is carefully crafted, punctuated, and translated across parallel accounts. All possess an elegant simplicity meant to ensure the broadest impact among Francis’s 5.72 million followers. But some of these people aren’t here to be saved. 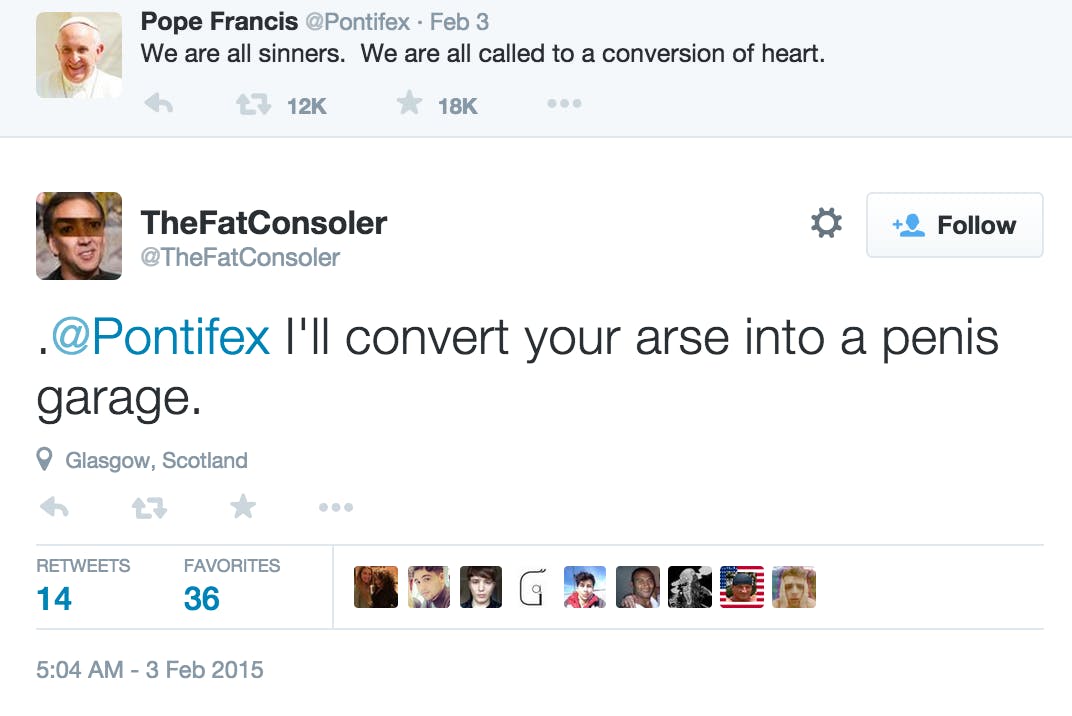 In the early days of blogs and YouTube, users would rush to comment “first!” or “first post!” before anyone else had had a chance to respond to a post. It was a way of claiming discovery, or to brag about being slightly ahead of the curve. Here in the midst of a sharing economy, however, we tend to converge on content with frightening simultaneity—and so the only way to leave one’s mark is with an unforgettable response.

Whether profane, irreverent, or bracingly blunt, these quipsters strain to stand out in threads that quickly extend to hundreds of replies. Each vulgarity or non-sequitur is an invitation to someone else: Can you top this?

The entire Internet puts its gloss on two millennia of history and hypocrisy, redemption and fanaticism.

It’s fitting that a pope who speaks of the need to steer the Catholic church away from hot-button ideological issues and focus on working directly with impoverished and marginalized people would have a digital “open door” policy.

On the other hand, it’s not as if he ever replies; it’s unclear if he even reads the abuse and snark hurled his way on a daily basis. Certainly he isn’t reporting anyone for harassment. (He does believe in the power of mercy.)

@Pontifex I lost my virginity , can you help me find it

@Pontifex Have you seen the movie True Romance?

this just in: @Pontifex still lives in a giant palace full of gold and priceless art, protected at all times by swiss guards

@Pontifex I cannot believe I was able to lose so much weight! Thanks again for sharing babe! https://t.co/3sn1M8j6eQ

.@Pontifex Hi mate, just wondering if you think Magath will stay at Fulham this summer or go to Southampton? #COYWs

In addition to casual hecklers from the peanut gallery, Francis has his share of dedicated trolls, many of whom will use an innocuous tweet about religious fulfillment or dedicated prayer as a springboard for theological debate with devout Catholics. The resulting threads can read like transcripts from the public squares and salons of yore. Arguments frequently turn heated and chaotic, but as long as people are wrestling with these issues, it would seem that Francis has done his job.

Prayer is all-powerful. Let us use it to bring peace to the Middle East and peace to the world. #weprayforpeace 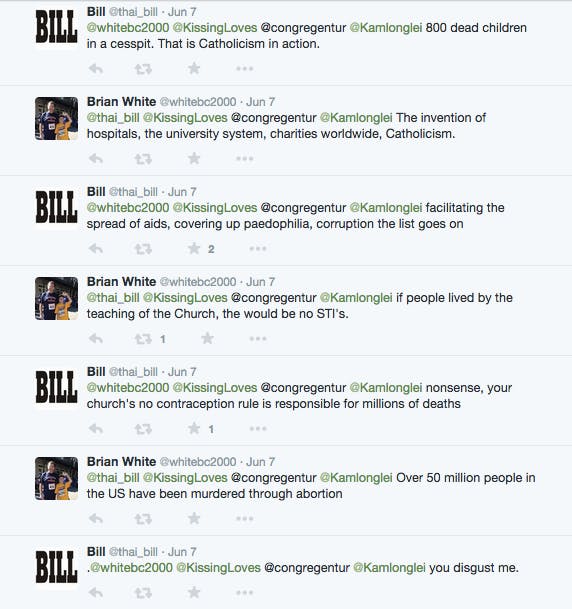 We can say whatever we like to him—and saying it at all becomes what’s truly important.

This is the grand experiment of Pope Francis’s life on Twitter: offer stripped-down spiritual wisdom (which scans as platitudinous more often than not) and see how long it takes to reconfirm Godwin’s Law. With the slightest nudge from a man occupying a literal throne of unparalleled power and influence, the entire Internet scrambles to put their gloss on two millennia of history and hypocrisy, redemption and fanaticism.

@Pontifex he certainly wasn't there for that 9 month old who got her throat slit with a circular saw by her aunt.

@Pontifex You are not even the pope are you? Just some flunky faking it for him.

@Pontifex What does that mean?

Perhaps the value of a Twitter Pope is in the way he embodies the contradictions of a Christian god. “He” can “tell” us things through a flawed medium, and we react, but we never know if he’s listening, and we’re forced to take it on faith that he’s there at all. The upshot? We can say whatever we like to him—and saying it at all becomes what’s truly important.

@Pontifex I think we'll have to agree to disagree.