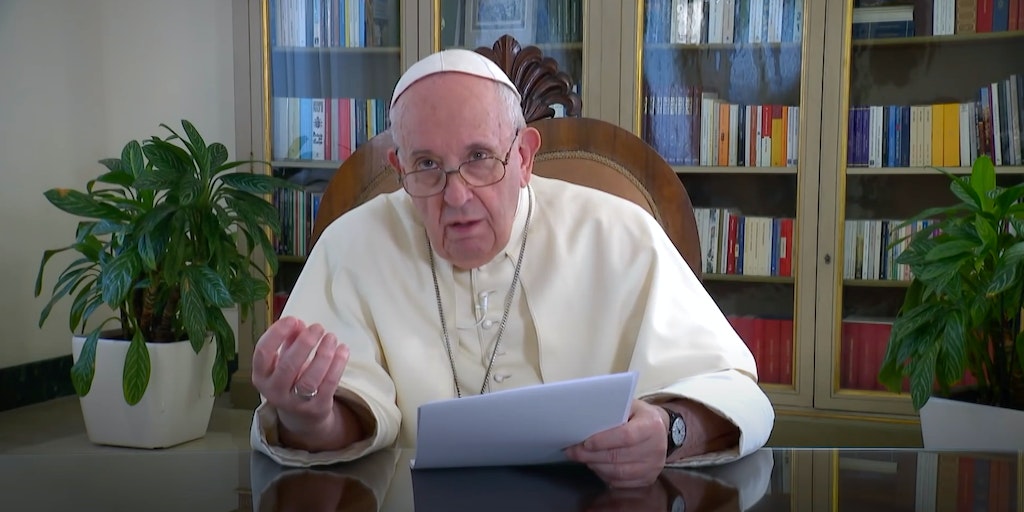 The new Pope Francis meme is hilarious for some, problematic for others

Pope Francis presents everything, from bad tweets to Hostess CupCakes.

The meme is a combination of four different images, all put together to make a cohesive picture. Three of the frames go together to show Pope Francis with his eyes closed, arms raised, presenting something—and that’s where the fourth frame comes in. While the original “something” he was holding was likely bread that represents the body of Jesus, it was removed from the meme. Instead, people are replacing that with anything, from bad or dumb tweets to the cartoon Kirby, to a rolled blunt shaped into a cross.

One user made the pope present Hostess CupCakes.

Others made the pope present a set of terrible tweets, including the woman who claimed her daughter said “Ruthkanda forever.”

However, the meme is also drawing a bit of controversy among some Catholics, who claim it is disrespectful.

“It really hurts to see it held up for ridicule. I’ve only seen silly ones, but I assume there are gross and profane ones, too,” @SimchaFisher wrote in a thread on the matter.

“I suppose people think it’s fine to mock Catholicism because pedo priests + other various grave scandals. Please understand that, when you mock the sacrament of the Eucharist, all you’re doing is hurting Catholics who have already been profoundly hurt by these same scandals,” the user continued.

Others seem to agree with @SimchaFisher, with some claiming the “memes are a sin.”

While we won’t know exactly how the pope feels about the memes until he addresses them, he has joked about holy water in the past.

In a Vatican-censored clip from a BBC documentary, Priest School, director Tony Kearney told the story of how the pope compared holy water to Scotch.

“We filmed the students meeting with the Pope in the Apostolic Palace. One of them was tasked with giving the Pope a bottle of malt because they know he likes whisky,” Kearney said.

“He was really down to earth with them all, and when they handed him the bottle, instead of just handing it to his assistant as he normally would with a gift, he held it up and said, ‘Questa e la vera acqua santa,'” Kearney continued.

The phrase means, “This is the real holy water.”

“He guffawed with laughter, and it was a real ice-breaker with the students and put everyone at ease,” Kearney said.