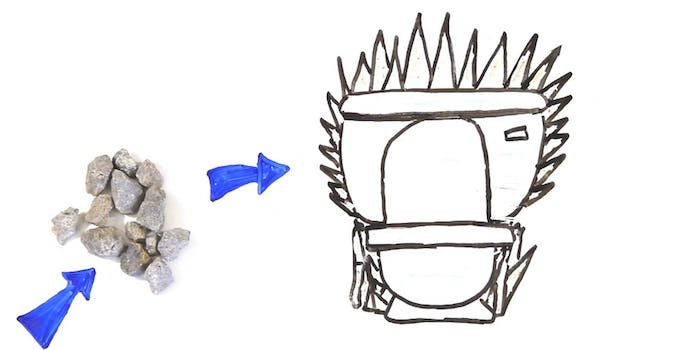 Don’t watch this educational video about poop until after lunch

Where does the poop go after you flush it down? AsapSCIENCE answers the question you probably never asked.

We love potty humor, but most of us don’t give a second thought to poop once we flush it away through the porcelain throne.

But poop is a cycle, and once we get rid of it, it eventually comes back right to the beginning.

AsapSCIENCE delivers the lowdown on poop in their latest educational video, which follows the journey our waste makes from toilet to a sewage treatment plant while simultaneously making us never want to eat soup again.

The different particles are removed through a number of steps, which will eventually turn into methane gas to power the plant and make compost and fertilizers.

And don’t flush down what isn’t designed to go down a toilet. That can cause a blockage, and employees at the sewage treatment plant have to remove the items by hand.

It’s a shitty job, but someone’s gotta do it.