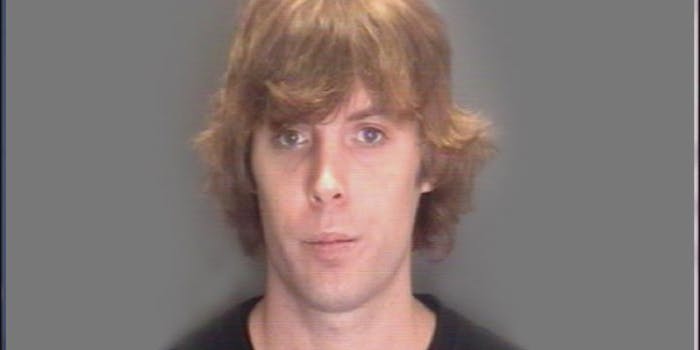 Police vs. criminal: Not the match you’d expect on OkCupid

A man in Virginia found himself on the wrong side of love.

A man in Virginia found himself on the wrong side of love recently when a supposed date made through online hookup site OkCupid turned into an arrest.

The news comes after a rough patch of life for 24-year-old Ryan Covington, who recently missed a court date stemming from an arrest he received after breaking into a car. Prior to that, he’d been on probation for two outstanding drug charges and failed to make another bunch of court dates.

Police had no choice but to make him a wanted man.

Those same police had trouble finding him, though, so they figured sex sells. They set up an OkCupid profile and hunted him down that way, coming on to him as a woman named “Sasha” and setting a date to meet at the Galaxy Diner in nearby Carytown, Va.

Sasha told Covington she’d be wearing a black turtleneck, red skirt, and black boots. But when Covington got there, he met a man in uniform.

“He kept saying ‘I’m supposed to be meeting someone here on a blind date,’” relayed Richmond police lieutenant Daniel Minton. “I said, ‘Well, you have a warrant for your arrest. You’re coming with us instead.’”

Covington’s now scheduled for another court date in January to make up for his previously missed court dates. He also faces a second hearing in March for a whole slew of other charges.

No word on whether Sasha plans to attend any of the hearings.